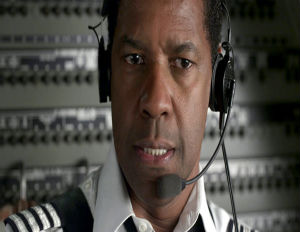 While reviews for the film are mixed, critics are lauding Washington’s performance, even calling it Oscar-worthy. Washington plays Whip Whitaker, a capable, heroic pilot with a substance-abuse problem.

Washington won an Academy Award in 1989 for his supporting role in “Glory,” and again in 2001 for his leading role in “Training Day.”