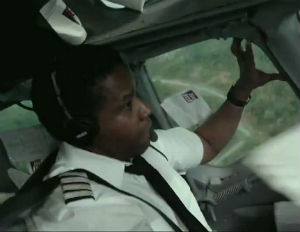 Denzel Washington’s ‘Flight,’ about had a surprisingly strong weekend opening, Â pulling inÂ $25 million. That’s one of the strongest debuts for a film showing in fewer than 2,000 theaters, according to theGrio:

This film’s success bookends a strong year for Washington, who had of the biggest hits of his career with February’s action thriller Safe House. The popularity of Flight adds to an impeccable track record for an actor who at 57 is arguably more popular than he has ever been before. …

As Flight continues to expand in the coming weeks and competes for honors during award season, Entertainment Weekly predicts “a finish above $100 million certainly seems likely.â€