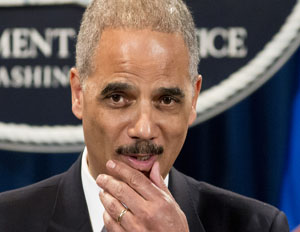 According to a memo released Thursday by Attorney General Eric Holder, the federal government is explicitly prohibiting discrimination against transgender individuals in the workplace, further backing an LGBT protection order outlined by President Obama earlier this year.

With this memo, the Department of Justice will no longer assert that transgender individuals be excluded from the prohibition of sex discrimination laws under Title VII of the Civil Rights Act of 1964.

“This important shift will ensure that the protections of the Civil Rights Act of 1964 are extended to those who suffer discrimination based on gender identity, including transgender status,” said Attorney General Holder. “This will help to foster fair and consistent treatment for all claimants. And it reaffirms the Justice Department’s commitment to protecting the civil rights of all Americans.”

In July of this year, President Obama signed an executive order to expand the protections of federal workers and contractors from discrimination based on sexual orientation and gender identity, stating “In too many states and in too many workplaces, simply being gay, lesbian, bisexual or transgender can still be a fireable offense.” While Holder’s latest memo covers federal employees, the Justice Department still does not have the right to file suit against private employers who discriminate against members of the LGBT community.