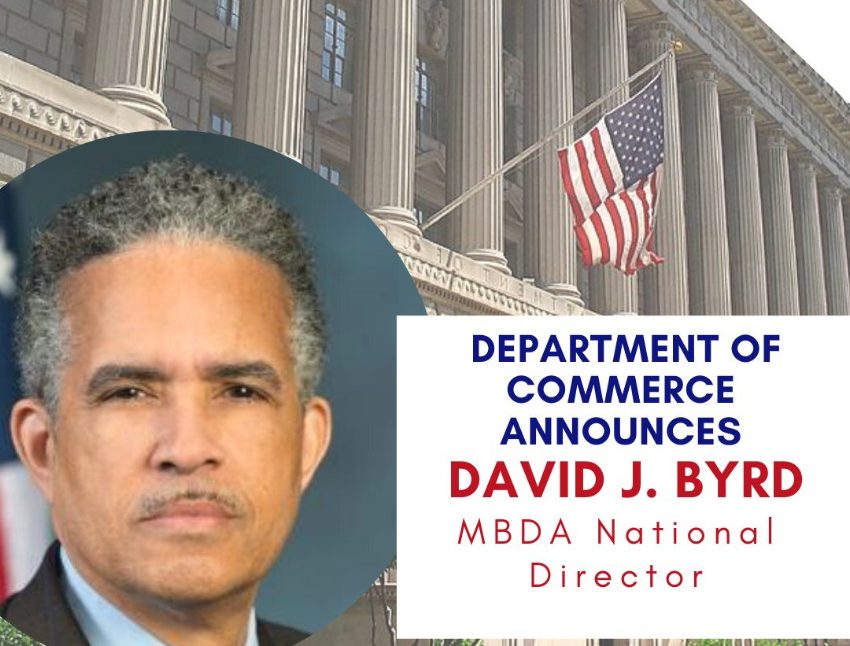 U.S. Secretary of Commerce Wilbur Ross has announced that David J. Byrd has been appointed the new National Director of the U.S. Department of Commerce’s Minority Business Development Agency (MBDA). With this appointment, Byrd becomes the 18th national director of the agency.

“David’s vast experience in public service and as an entrepreneur are true assets to MBDA and the Department of Commerce,” said Secretary Ross in a press release. “In his new role, I fully expect him to continue to provide the type of leadership that will lay the foundation to usher in the next 50 years of opportunities and growth for minorities as well as the country as a whole.”

Byrd joined the MBDA in October 2019 as the National Deputy Director. He was responsible for overseeing the day-to-day departmental operations and establishing a streamlined information portal to track agency milestones and program execution. As the National Director, Byrd will oversee the development and implementation of agency initiatives, policy agenda, and federal grant programs.

“I am honored to be selected by Secretary Ross to lead the Minority Business Development Agency,” said Byrd. “I am proud to take the helm as the National Director following several of my career mentors who were instrumental in shaping the mission and strategic direction of MBDA since its founding in 1969. I look forward to continuing the Agency’s work ensuring the resiliency and growth of America’s minority-owned firms today, tomorrow, and for future generations of minority entrepreneurs.”

Before he accepted the fourth presidential appointment of his career at MBDA, Byrd had served as the Deputy Assistant Secretary, Office of Policy Development, at the U.S. Department of Housing and Urban Development. He has served more than 28 years in public service and has held various executive positions at the county, state, and federal levels. Byrd is also an experienced entrepreneur who owned and operated a consulting firm specializing in government relations, political consulting, executive and life skills coaching.

“MBDA was created during a Republican administration as the brainchild of famed Black Republican, Robert J. Brown. Today, his legacy lives on in the capable hands of David Byrd leading MBDA. David has been supporting President Trump from day one as a member of the Trump Transition team. His resume is vast, dedication is unmatched and there is no doubt he will play a major role in ensuring Black-owned businesses and all minority-owned businesses have the tools, and resources they need to develop, grow and thrive in this inclusive Trump economy,”  said Paris Dennard, RNC Senior Communications Advisor for Black Media Affairs.