MLB's First and Only Black CEO, Derek Jeter, Resigns From the Miami Marlins 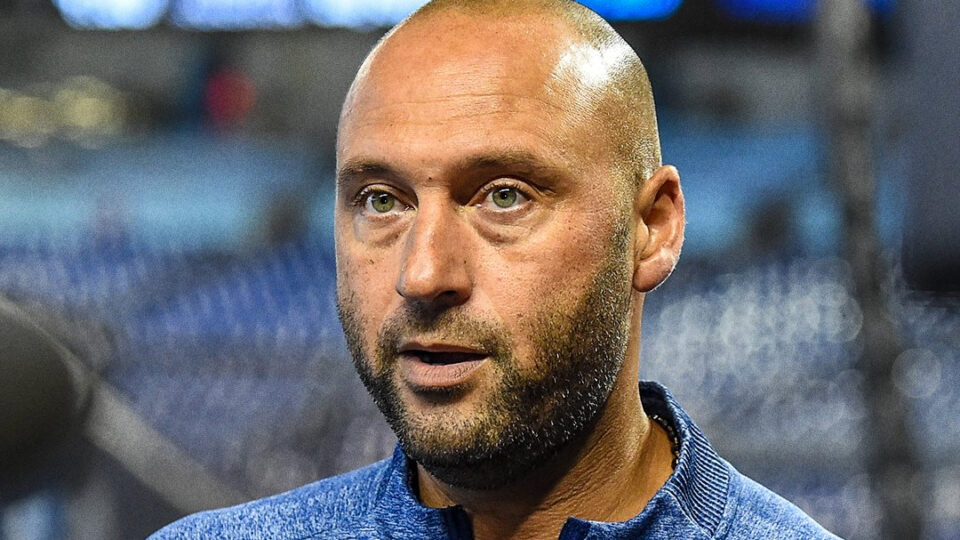 As Major League Baseball is embroiled in a contract dispute that threatens to delay like the start of the season, one baseball legend will not be around when all is resolved. New York Yankees great Derek Jeter has resigned as the Miami Marlins’ CEO.

Jeter announced his move via a press release:

“Today I am announcing that the Miami Marlins and I are officially ending our relationship and I will no longer serve as CEO nor as a shareholder in the Club. We had a vision five years ago to turn the Marlins franchise around, and as CEO, I have been proud to put my name and reputation on the line to make our plan a reality. Through hard work, trust and accountability, we transformed every aspect of the franchise, reshaping the workforce, and developing a long-term strategic plan for success.

“That said, the vision for the future of the franchise is different than the one I signed up to lead. Now is the right time for me to step aside as a new season begins.”

“The Miami Marlins and Derek Jeter announced today that they have agreed to officially end their relationship,” Sherman said. “The Marlins thank Derek for his many contributions and wish him luck in his future endeavors.

Jeter was hired when Sherman’s ownership group purchased the team in August 2017. The Major League Baseball Hall of Famer owned a 4% stake in the franchise.

As the tea’s chief executive officer, Jeter oversaw the day-to-day operations and reportedly was at the end of a five-year deal that expired later this year.

Jeter, who played his entire Hall of Fame career with the New York Yankees, won five World Series in a 20-year MLB career that ended in 2014. He was elected to the National Baseball Hall of Fame in 2020. The popular player made his major league debut in May 1995, winning Rookie of the Year in 1996. He was also the most valuable player of a World Series and an All-Star Game.

Less than a year ago, ESPN announced that a multipart documentary series is being produced about the legendary, engimatic shortstop.