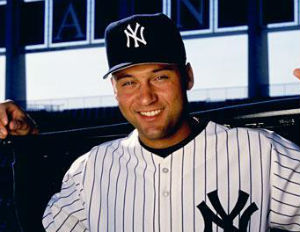 Major League Baseball will be celebrating the legacy of Jackie Robinson throughout the month of April.

Today, we have a quote from one of baseball’s biggest stars, New York Yankees shortstop, Derek Jeter. He discusses the importance of the man who broke baseball’s color barrier.

“Being African-American, he was one of the first players I learned about. Obviously I wouldn’t be here today if it wasn’t for his legacy, but more importantly for me, it’s the relationship that I’ve built up with his daughter and wife throughout the years. Getting to know them and how special they are just goes to show how special he had to be. “