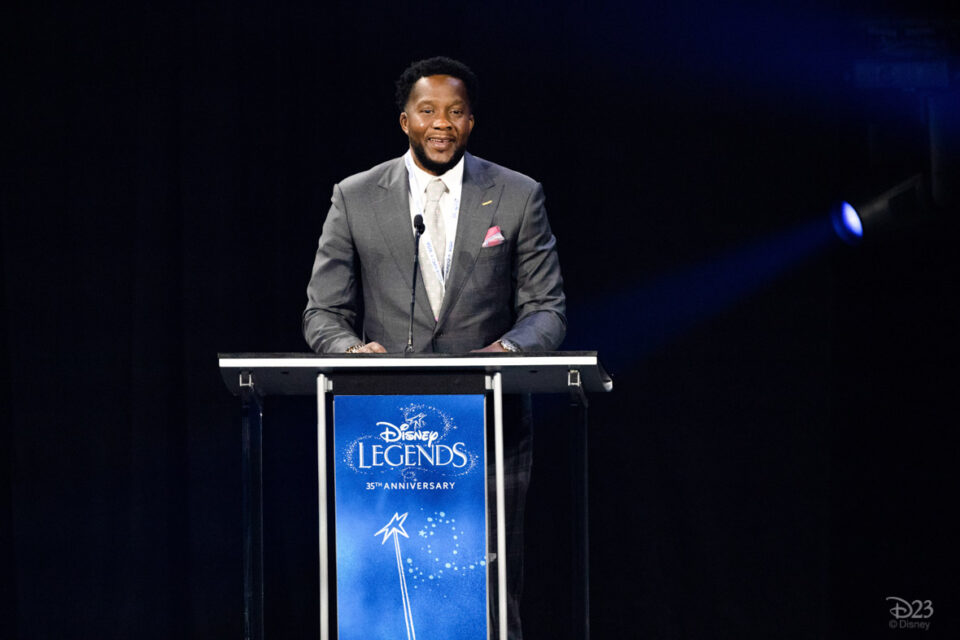 Black Panther star Chadwick Boseman was honored with a Disney Legends Award on Friday evening. His brother Derrick Boseman gave a moving acceptance speech at the ceremony in Anaheim, Calif., per Variety.

Disney defines the Disney Legends Award as an award given “to an individual who has made an extraordinary contribution to the Disney legacy.” Boseman described the moment when he first learned that his late brother would be receiving the award from Disney.

“When I heard that Disney wanted to honor Chad, the first word that came to mind for me was the word honor. As I think about my brother and this honor that is being bestowed upon him, I wish that he was here to receive it. Him not being here has been a point of immense pain for my whole family.”

Boseman went on to remember how his brother honored their parents, family, his friends and career. He also noted that the late actor starred in several roles as he underwent chemotherapy treatments. Boseman was 43 when he died of colon cancer on August 28, 2020.

Boseman concluded by thanking Disney for honoring his brother while also celebrating his parents.

“Chad was an amazing person,” he continued. “Plato is credited with coining the phrase that ‘art imitates life.’ But Oscar Wilde came behind him and said, ‘Life imitates art.’ And in Chad’s case, it seems that life is imitating art. If we pay attention in this thing called storytelling, a story is being told to us all… Thank you for honoring my brother. I want to say: Chad, we’ll always love you. And mom and dad will always love you. To me, mom and daddy are also legends. Because it takes a king and a queen to create a king.”

Chadwick Boseman receives a Disney Legends Award; his brother accepts the honor on behalf of his brother. pic.twitter.com/POVX7k8ntm