Descendants Of The First Enslaved Africans Travel From Virginia To Angola 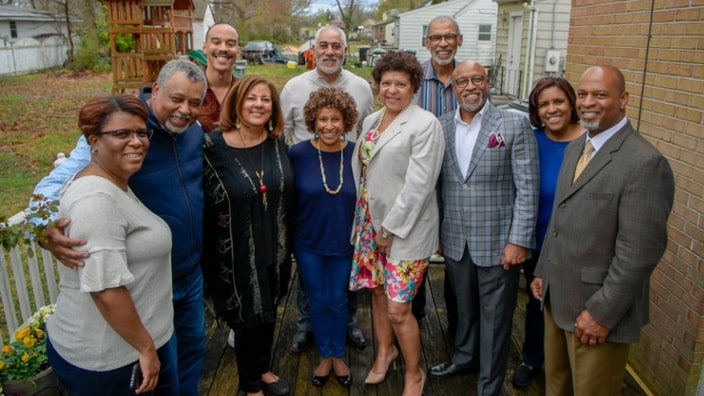 Over 400 years ago, the first enslaved Africans set foot in English North America in 1619 in Hampton, Virginia. Descendants like Vincent Tucker and his family traveled from Virginia to the Republic of Angola, an African nation, where they believed their ancestors originated.

Vincent Tucker and his sister, Wanda, formed The William Tucker 1624 Society, an organization that researches William Tucker, the family’s ancestor, the first child born in Virginia in 1624 of African ancestry. Many of William Tucker’s progeny supposedly live in the Hampton Roads district.

“This is history that is part of our common history,” Lourenço remarked through his interpreter after the private tour. “As Africans and Africans in the diaspora, we’ve seen the whole suffering that our ancestors went through in the time of slavery, and that was very touching and profoundly emotional,” USA Today reports.

The Tuckers traveled to Angola at the invitation of Lourenço and took in the Kwanza River, where the slave ships sailed to dock at port Luanda.

“We can just imagine how that journey was for the enslaved — taken down to the river and being hauled away. It was very touching,” Vincent Tucker said to 13 News Now.

On Dr. Wanda Tucker’s second trip to Angola, she highlighted exhibitions from the Sao Miguel Museum to her family members. The Portuguese colonized the African nation, but Queen Nzinga fearlessly fought against them.

“There’re so many missing pieces on both continents,” said Dr. Tucker. “I feel empowered to identify myself as Angolan-American now because I know where my family came from, and that’s powerful.”

Hampton Roads has a plaque that documents the first captured Africans to arrive in Virginia in Aug. 1619. They were transported on the White Lion, an English armed vessel based in the Netherlands. The plaque also records that the slavery system was abolished in 1865.

The Tucker family continual search of their roots serves as a backdrop to the political contention initiated by the Republican-controlled state legislators who want to ban the teaching of the The 1619 Project, by Pulitzer winner Nikole Hannah-Jones, that analyzes the intersection of race and law in America.