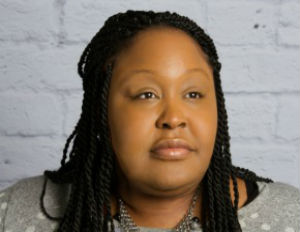 When designer, Kristy Tillman, realized there was a lack of black representation in the creative market, she created Tomorrow Looks Bright, a newsletter featuring high-quality impactful projects and things exclusively made by black women creators.

From art galleries and wearables to comics and lingerie companies, Tomorrow Looks Bright is a breath of fresh air for consumers looking to support black-owned businesses and enterprising creators who are often left out of mainstream advertising and media. With thousands of subscribers, Tillman has definitely hit a sweet spot. BlackEnterprise.com caught up with her to learn more about her journey.

BlackEnterprise.com: Tell us about your background.

Tillman: I am a designer. I am currently the design director at Society of Grownups. We are democratizing financial literacy. Prior to that, I helped co-found the Detroit Water Project and was a designer at IDEO, an award-winning global design consultancy. I also am a frequent visiting design lecturer at Maryland Institute College of Art.

Tell us about the defining moment when you decided to launch “Tomorrow Looks Bright.”Â

I spend a lot of time on Twitter and there is a steady flow of discussion about diversity in tech and design. The pipeline issue is largely touted as the primary reason for the dearth of black folks in tech companies. This sent me on a search to satisfy my curiosity beyond the obvious about what black folks WERE making, more specifically black women.

The act of making things and putting them out into public space is a dialogue between society and that maker about what she believes should exist. And since we contribute disproportionately to the global cultural fabric, I wanted to better understand that dialogue. And if I was curious about it, I figured other people would be as well. So I decided that I’d look for things weekly and share those findings out.