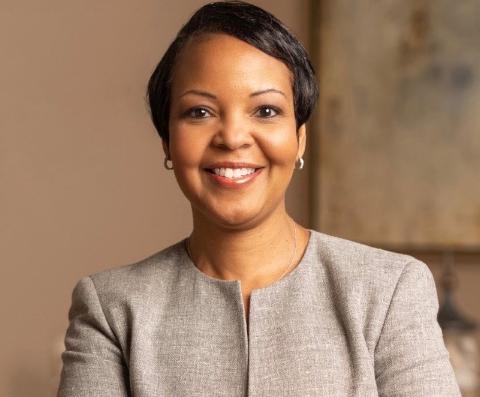 McDonald’s has announced Desiree Ralls-Morrison will join the fast-food giant next month as its general counsel and corporate secretary.

Ralls-Morrison will join McDonald’s on April 26 to oversee global legal operations and corporate governance. The Wesleyan University and Harvard Law graduate joins the fast-food chain from Boston Scientific, where she held the same position for three years.

Ralls-Morrison has extensive experience in business strategy, crisis management, governance, leadership, and regulatory compliance/legal expertise with Fortune 500 and private companies. In the past, Ralls-Morrison has worked for Johnson & Johnson as well as Merck & Co. Additionally Ralls-Morrison was named one of Black Enterprise’s 100 Most Powerful Women of 2019.

She is also on the board of Dick’s Sporting Goods Inc., Danbury Hospital/New Milford Hospital Board of Directors, and the Inner-City Foundation for Charity and Education.

“Desiree is an accomplished leader in the healthcare industry with deep expertise in broad-ranging legal matters and enterprise business strategy,” Mike Mahoney, chairman and chief executive officer, Boston Scientific said in 2017. “We look forward to her contributions to Boston Scientific and the company’s continued growth.”

Throughout her career, Ralls-Morrison has also worked on diversity and inclusion. According to a McDonald’s release, Ralls-Morrison has helped navigate racial equity and social justice issues, which have positively benefited employees and the companies they work at.

McDonald’s has made a push to be more inclusionary, appointing Reginald Miller as its diversity, equity and inclusion chief last year and partnering with NASCAR driver Bubba Wallace and rapper Big Sean for its Black and Positively Golden Mentors program.

The program is a movement to uplift minority communities, individuals, and organizations to help revive, protect and strengthen our culture. The program will also use education and entrepreneurship to help build the next generation of Black excellence.