Despite The Rooney Rule, Off The Field, The NFL Is The Not-For-Blacks League 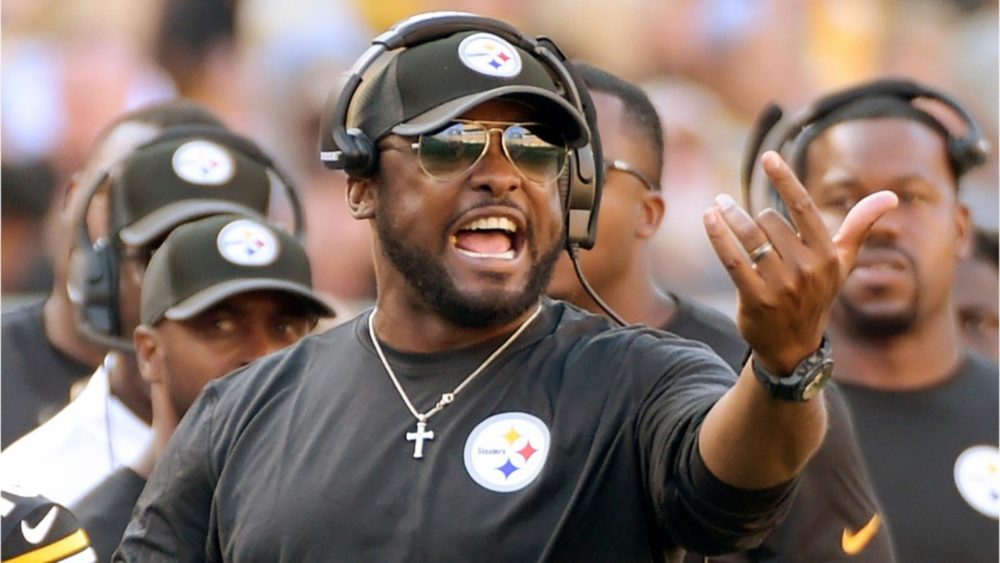 The Pittsburgh Steelers' Mike Tomlin is one of only three NFL head coaches after the 1919 season.

It’s official: The “Rooney Rule” is a joke.

This is not exactly news; it’s been years since the Rooney Rule was taken seriously, if it ever was. However, the NFL’s track record over the past two seasons has been particularly appalling, even as the league claims an ongoing commitment to diversity and inclusion while celebrating its 100thanniversary.

The bottom line: Black players—despite comprising more than 70% of all players—have next to zero career prospects in the NFL once their playing days are over. Off the field, despite the Rooney Rule, the NFL remains the “Not-For-Blacks League.”

With the latest round of post-season head coaching vacancies filled, NFL owners have made exactly one minority hire in filling five open jobs: Latino and former Carolina Panthers head coach Ron Rivera, the new head coach of the Washington Redskins. One hundred years after Fritz Pollard became the first African American coach in 1919, the number of black head coaches stands at a grand total of three—out of 32 teams—in 2020. They are the Pittsburgh Steelers’ Mike Tomlin, the Los Angeles Chargers’ Anthony Lynn, and the Miami Dolphins’ Brian Flores.

And this is after five of seven African American coaches were fired during the 2018 season. Meanwhile, the Dolphins’ Chris Greer is the lone black general manager of an NFL franchise—less than three years after the number of black GMs in the league reached a peak of seven.

The message from NFL owners is clear: Black players have no value beyond their role as field labor, whose bodies and talent are merely a commodity, the product needed to harvest the billions of dollars generated annually ($8.1 billion in 2018) by the NFL—and nothing more. The Rooney Rule has done nothing to change this.

The purpose of the NFL’s Rooney Rule, first implemented in 2003, was to diversify its one-hundred-percent, historically white, executive and head-coaching ranks, by requiring teams to interview at least one nonwhite candidate for each senior football operations and head-coaching opening. In practice, the observance of that rule has been reduced to merely “checking the box”—interviewing black candidates as a formality before moving on to candidates the teams are actually serious about hiring.

With this latest round of filling head coaching vacancies with the Panthers, the Redskins, the Cleveland Browns, the New York Giants, and the Dallas Cowboys, this pattern of exclusionary hiring—and many of the rationalizations for it—has reached the point of absurdity. For example, the Giants’ new hire not only has never been a head coach, he has never been a coordinator. Joe Judge was a special teams coach, with one year as a wide-receivers coach, with the New England Patriots.

Similarly, the Panthers hired new head coach Matt Rhule despite his lack of NFL experience, largely on the strength of his 11-3 record as head coach of Baylor University last year.

Rhule subsequently hired LSU passing-game coordinator/wide receivers coach Joe Brady (barely an hour after LSU won the national championship earlier this month) to be his new offensive coordinator—the youngest to hold the position in the NFL. At age 30, Brady is one step away from a head-coaching opportunity, despite having zero experience as a head coach or a coordinator on either the pro or college levels. Four years ago, he was a graduate assistant on Penn State’s coaching staff. This is the equivalent of a newly hired CEO bypassing qualified and experienced black candidates in order to fast-track a junior-level executive to head up a major division.

As reported by the Charlotte Observer, new Panthers owner David Tepper’s reasoning for hiring Rhule, despite his lack of NFL experience, was largely subjective: “someone who is offensive-minded, a mix of ‘old-school toughness’ and openness to the ‘more modern processes.’” The Giants’ oft-repeated rationale for looking past Judge’s lack of head coaching experience was similarly subjective, including being “impressive” in his interviews. It’s worth noting that the Giants and the Cowboys—arguably the NFL’s two most prominent franchises—have never had a black head coach.

Meanwhile, compare the résumés of Judge and Rhule to that of Eric Bieniemy, the offensive coordinator of the newly crowned AFC Champion Kansas City Chiefs, who reached the Super Bowl on the strength of the most potent offense in the NFL. With nearly a decade of NFL coaching under his belt, Bieniemy’s offense was first in the NFL in yards per game and points scored; the Chiefs scored the third-most points in NFL history. Additionally, Chiefs quarterback Patrick Mahomes became the second quarterback in NFL history (joining Peyton Manning), to throw for 5,000 yards and 50 touchdowns in a season. That Judge and Rhule had better shots at becoming a first-time NFL head coach than Bieniemy underscores the ineffectiveness of the Rooney Rule and NFL hiring practices that obviously have more to do with the “friends and family plan” than with qualifications and experience.

African Americans have proven over and over again, in virtually every field of endeavor (in sports and beyond) that operates as some semblance of a meritocracy with objective measures of performance, that we will not only be competitive but excel. It is only when the decision-making becomes subjective—based on the comfort, gut feelings, and desire for a so-called “good fit” on the part of the decision-makers—that qualified and experienced black people inexplicably become the last hired, the first fired, and the rarely promoted.

It’s not a coincidence that these same dynamics are at work in corporate America, where after a brief period of progress, the number of black CEOs of Fortune 500 companies has dropped to just four. In fact, the C-suites of today’s corporate America are no more diverse than they were 30 years ago—and are now often less diverse than the corporate boards that govern them. The higher you go up in the ranks of industry, the less objective measures of merit and performance matter, and the more subjective hiring and promotion decisions become. Far too often, a “good fit” is code for, “I’m more comfortable with providing this opportunity to someone who looks like me.”

In the NFL, meritocracy is limited to the borders of the gridiron—which is why black people excel there and are all but absent beyond it. That is the only credible explanation for the failure of the league to achieve diversity in its executive and coaching ranks, including the offensive and defensive coordinator positions that are primary career tracks to head-coaching opportunities. The absence of black coaches extends to college football programs, another major source of head-coaching candidates. What applies to NFL coaching opportunities also applies to the broadcast booth—the overwhelming majority of NFL game announcers and analysts are also white, including former players. That means the primary venues for careers in the NFL once an athlete’s playing days are over are virtually closed off to black players. Again, in a league where the players are 70% black, it’s fine for black people to excel at playing the game, as long as they don’t have executive authority, make coaching decisions, or talk about it on TV.

The NFL’s diversity committee says that it will be “examining” the league’s practices to see what can be done to improve minority hiring. This is not complicated: NFL team owners must be held accountable. Diversity and inclusion in the executive and head-coaching ranks of the league must be a mandate, not just an elective. However, I am skeptical of the NFL’s ability to police itself, hold team owners accountable, and effectively implement any kind of policies with real teeth. Remember, this is the same NFL that announced it was strengthening rules that obligate teams to consider minority candidates in 2018, after the firing of five African American coaches.

Therefore, it’s going to take a direct challenge from the players themselves to the culture of decision-making of league owners to make a difference, in the same way that Curt Flood challenged Major League Baseball in 1969 to become the father of modern-day free agency. Flood dramatically increased the leverage, career options, and earning power of subsequent generations of athletes in all professional sports.

To be sure, Flood paid a high price, including being black-balled from baseball following his lawsuit against MLB Commissioner Bowie Kuhn, which he appealed all the way to the U.S. Supreme Court. It’s going to take a similar willingness to sacrifice for black players to gain the post-playing career opportunities routinely accorded to white players. It’s going to take dramatic, unpopular and disruptive action—like choosing a game day during the upcoming season and simply refusing to play. Or perhaps pursuing an even more drastic course of action: File a suit challenging the discriminatory hiring practices of the commissioner, league and team owners.

In any case, without a new generation of Curt Floods, nothing happens. Culture change cannot and will not come from the owners and the league—they are more than just content with the status quo; they are committed to it. Black players and coaches must take a stand—even though it may be at great personal sacrifice—to create the opportunity for future generations of black athletes to be represented in all aspects of the NFL, on the sidelines, in the front office, and in the broadcast booth.

Earl “Butch” Graves Jr. is the president and CEO of Black Enterprise.

This op-ed may not necessarily reflect the views of BLACK ENTERPRISE.