At This Gym in Detroit, Books Come Before Boxing 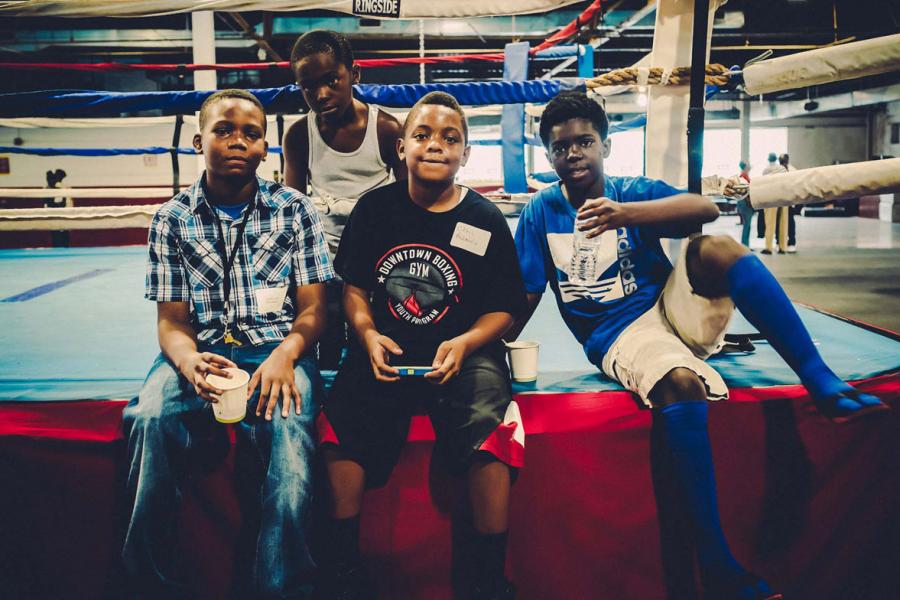 Over the holidays, I got to interact with people whom I normally don’t—people who don’t know how to read yet.

One was my sister’s 18-month-old great-nephew, who, when he walked over to our large TV and seemed to want to turn it on, both his father and I said at the same time, “No TV.” Instead, I scooped him up and gave him a tour of our kitchen, which fascinated him.

At a birthday party for a 1-year-old on New Year’s Day, I held a wide-eyed 7-month-old in my lap who loved the board books I kept putting in her hands. “She’s going to be a reader,” I told her mother. “She already loves books.” OK, she was putting them in her mouth. But still.

As a reading advocate, it was heartening for me to learn about a gym in Detroit that puts books before boxing. The Downtown Boxing Gym Youth Program serves about 130 disadvantaged children between the ages of 7 and 18—and it’s making a huge difference. Of the students who have participated in its learning program since it opened in 2007, all have graduated from high school, Crain’s Detroit Business reports.

The gym is free to students. Here’s an excerpt of the Crain’s profile on this inspiring program:

The boxing gym as a sort of school of hard knocks is an ancient cliché from movies and books. Life lessons imparted from the corner of the ropes. The odor of sweat and the din of slapping leather in a dimly lit basement.

The nonprofit Downtown Boxing Gym Youth Program, founded by Carlo “Coach Khali” Sweeney, 48, is a modern take on that scene. But instead of churning out boxers desperate to escape the inner city, the organization is lifting up kids who are underserved by Detroit’s poor education system with a safe, clean, well-lit facility that puts learning above punching.

There’s boxing, and a few have gone on to success in the ring, but the primary mission is providing classroom and life skills education to economically disadvantaged Detroit students. That includes after-school literacy and math remediation and elevation, STEM classes, career exposure, health and wellness workshops, computer coding, and soon, music. Students also volunteer in the community.

The program is changing kids’ lives. But Sweeney had to change his own life first.

Sweeney was illiterate when he dropped out of school in 11th grade. But a few years later, when he thought about the kids he knew from his neighborhood—most of them dead, or in jail—he knew he needed to forge a different path. He got a job in construction. He taught himself to read.

His learning gym has made a difference: Each of the 267 students who have passed through the program since its launch in 2007 has graduated from high school.