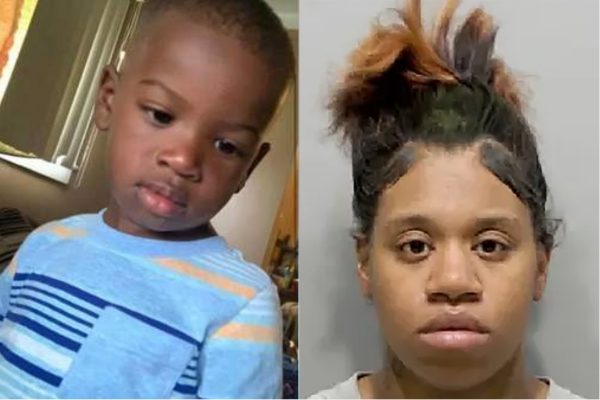 A mother in Detroit is facing a slew of criminal charges after the decomposing body of her 3-year-old son was found inside her basement freezer.

Azuradee France, 31, was charged with felony murder, first-degree child abuse, torture, and concealing the death of her little boy, Chase Allen, The Detroit News reports. The charges come after police were sent to the home on Friday for a wellness check on a child and discovered the remains of a deceased child in the freezer.

“The alleged facts in this case have astounded even the seriously jaded,” Wayne County Prosecutor Kym Worthy said.

“Our children continue to be at risk — not just from gun violence but also from the alleged murderer that lives in the house with them.”

Police arrived with a state child advocate and noticed that the mother was acting strangely. Once inside the home, authorities found five children living in squalid conditions and the boy’s decomposed body entombed in a basement freezer.

Authorities took the five surviving kids were taken to a hospital for evaluation.

A medical examiner determined the boy’s cause of death was a homicide. The details surrounding the murder remain under investigation.

It’s not immediately clear when Chase died or when his remains were placed in the freezer, the NY Post reports.

France’s mother, Toni Haynes, said she had previously warned child services about her daughter but said each time they went, they would “give her kids right back to her.”

“I called CPS on her. A lot of us called, and they’d come out and give her kids right back to her,” Haynes said.

Haynes became concerned about the boy after France told her he burned his hand on a plateful of noodles and went to live with his paternal grandfather’s girlfriend.

“But then (the grandfather) got out of jail, and he told me Chase wasn’t living with his girlfriend,” Haynes said.

Haynes has since set up a GoFundMe to pay for Chase’s funeral.