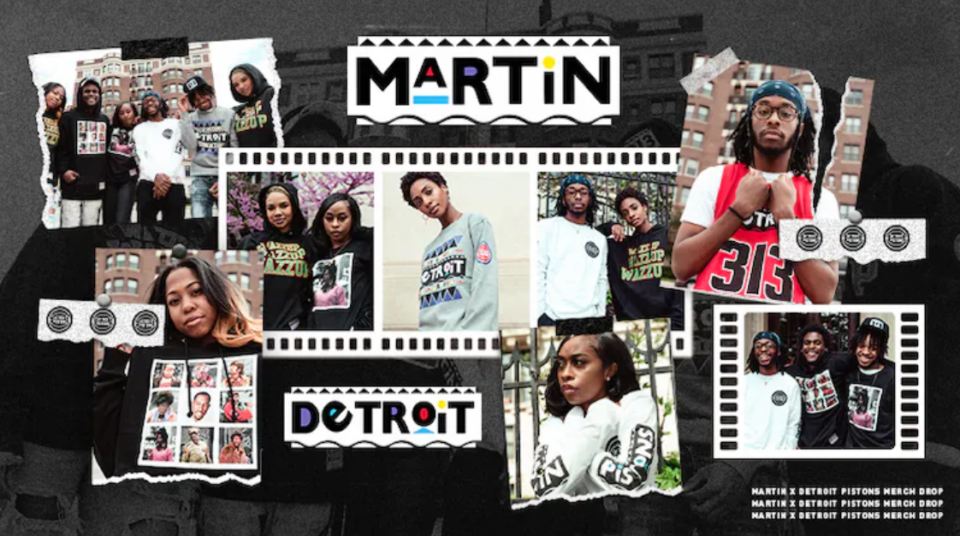 “Oh my gooooooodness …. “ Martin fans can express their love for the show with a new Detroit Pistons merch line set to release this Friday, May 14.

The NBA released a statement on Tuesday announcing the collaboration line that will be made available exclusively on Pistons313shop.com. The limited-edition merch will represent the city’s love for the popular ’90s sitcom that was based in Detroit.

The collection includes jerseys, hats, shorts, sweatshirts, T-shirts, and more that each includes popular quotes and memories from the 30-year-old series, NBA reports. Martin ran for five seasons on Fox from 1992–1997. It followed the life of Martin Payne who worked as a radio DJ and lived with his girlfriend-turned-wife Gina. Between the couple, their small group of friends, and Martin’s neighbor Sheneneh Jenkins among other characters he played, the show became a cult classic among sitcom fans.

The Bad Boys actor expressed his excitement to partner with the basketball team and his love for the new line.

“Detroit has always shown me so much love and always shows up for me,” Lawrence said. “From stand-up tours to fans on the street Detroit has felt like home. It’s an honor to be part of something that means so much to me this many years later.”

The NBA team also shared their exhilaration for the new collab line.

“With the city of Detroit as the show’s backdrop, Martin became must-watch TV in the 90’s. Martin’s love for the Pistons in the show translated into passion for the team – the fact that he has a ring from the 2004 team is proof of that, said Mike Zavodsky, chief business officer of the Detroit Pistons. “We’re thrilled to partner with Martin to introduce a merchandise line that pays homage to both Martin and the show’s Detroit roots.”