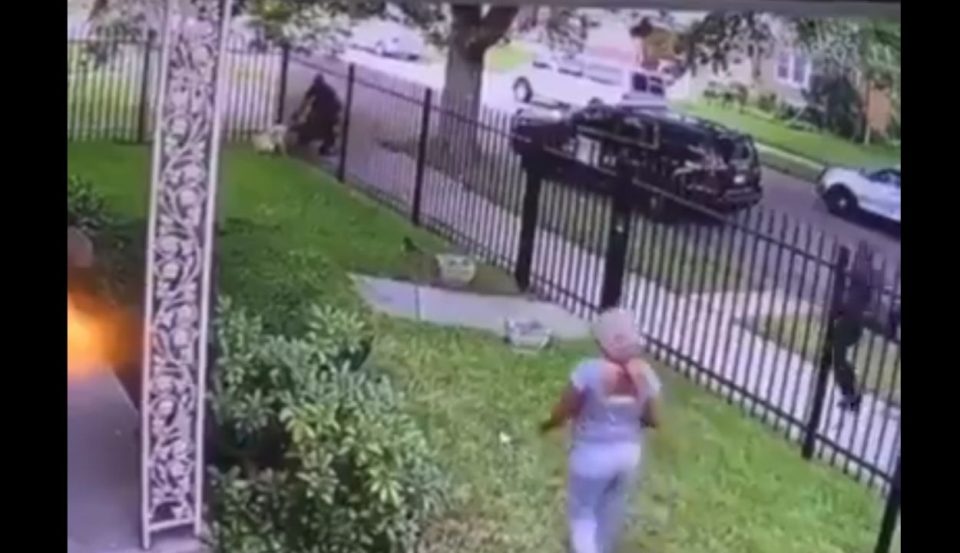 A Detroit police officer was caught on video shooting a Black woman’s dog in the confines of her yard, according to the Detroit Free Press.

The incident, which took place on Aug. 3, was caught on home security cameras. The graphic footage reveals a white pit bull barking at the police officer’s canine before the pit bull clamps down on the dog’s face through the fence. This is when the police officer takes out her weapon and shoots the dog directly in the head, killing it.

A Detroit police officer shot someone’s dog that posed no threat inside its own fence after he lost control of his own K9.

This officer should be held accountable. He should be fired and prosecuted. pic.twitter.com/28D4TuiMmy

The police officer will not be reprimanded for the action as police department officials say the officer acted according to protocol.

“Her partner was being attacked and we demand that our officers protect not only themselves but their partners and citizens. At this point it was a clear and present danger; her dog was being viciously harmed,” said Police Commander Darin Szilagyi in an interview late last week. “It’s unfortunate it came to this, we don’t like to see any animal hurt.”

Szilagyi stated that the home’s front gate, a 6-foot wrought iron fence, which is situated on the border of the front yard and the sidewalk, is inconsistent with city code. Insisting that the narrative of this incident would have been entirely different if the victim had been a small child or senior citizen walking along the sidewalk.

“I’m a dog lover, I own several dogs, I have a responsibility to protect the public from my animals, just like anyone else,” Szilagyi said. “Keep your dogs in the backyards and this won’t be an issue.

“No matter what, when force is used on a person or animal, it is ugly. No one likes it, I don’t like it, I’ve been doing this for 25 years and I don’t like it,” Szilagyi said. “But unfortunately it’s necessary if you have life or death situations, and this was a life or death situation, that is the option that a police officer has to use, and I commend the officer for making a decision and coming back to work and taking care of her partner.