These Detroit Residents Are Building Their Own Internet 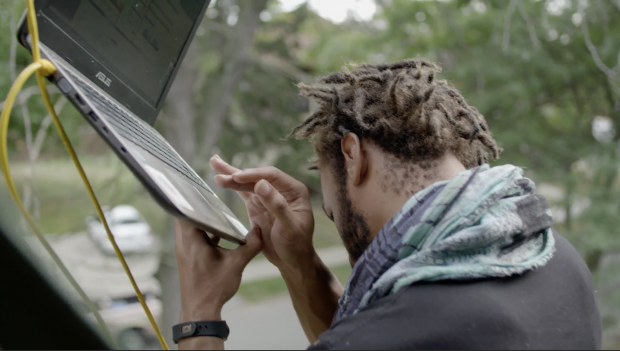 We’ve heard of a lot of systems created to keep the underrepresented population uninformed, but these Detroit residents aren’t going for it. Equitable Internet Initiative is a group of Detroit residents who are learning how to build autonomous, affordable, and high-speed WiFi networks to prevent what they are calling, “the creation of a digital class system,” according to Vice’s recent documentary short, Meet the People Building Their Own Internet in Detroit, from the series Dear Future.

“We risk our human rights if we don’t take ownership and control over the internet in a way that is decentralized,” said Diana Nucera, director of the Detroit Community Technology Project. Nucera, also known as Mother Cyborg, believes her mission is to empower individuals and help them come to the realization of the potential of technology and she is doing that through the Equitable Internet Initiative.

“Detroit is one of the top five least connected cities in the United States,” says Nucera. “So what happens when you have a city that has 1,000 mbps and the people with the least [amount] of resources only have 10? I think that causes a huge problem as far as what you can do with access.”

Telecom companies won’t offer good service within these impoverished areas because they don’t see the value. In fact, they go as far as not even turning on their fibers to create the connections, so the Equitable Internet Initiative has purchased gigabyte fiber that they’ve connected to routers and pointed them to their community centers, allowing WiFi access, according to the Vice documentary.

“We need to build our own infrastructure and rethink internet service providing and access in order to reach those people who have been traditionally left out and marginalized,” said Nucera. “The work that we’ve been doing is not just about access, it’s about building a healthy digital ecosystem.”

Equitable Internet Initiative created the Digital Stewards program, which has trained people in the North End, Islandview and Southwest Detroit, giving their neighborhoods access to WiFi. The byproduct is not only internet access, helping to close the digital divide, but a creation of community.

“I think it’s important when you talk about business and places and organizations that do things, to have a face to it, so for me, this is a beautiful thing to be a part of because the faces that these people see are the people who installed it, the same people who are protecting their privacy, and the same people who will come back and be like, ‘Hey, you have a problem. How do we fix that?'” said Gabrielle Knox, one of the digital stewards.

Watch the full documentary on Vice.