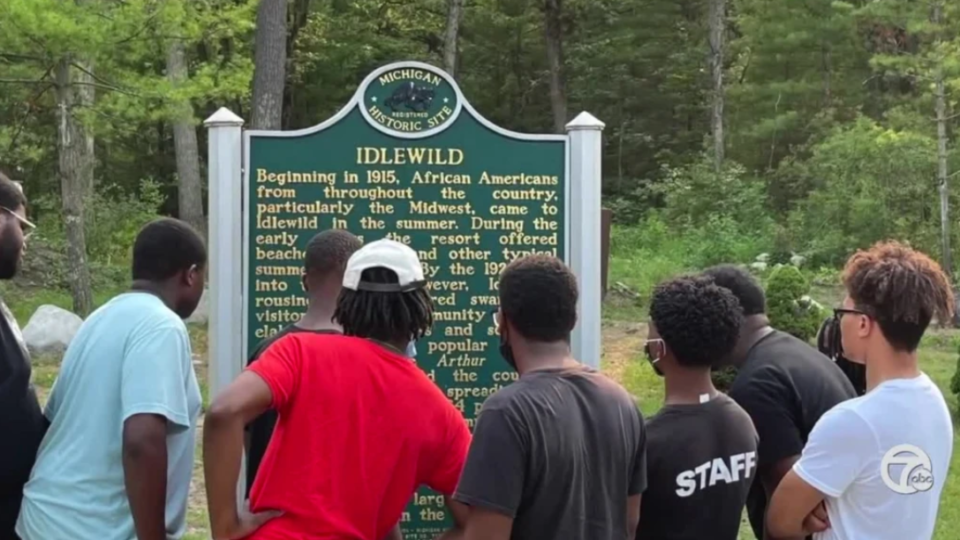 Thanks to a former teacher in Detroit, many will be reminded that Idlewild is more than just a movie starring the rap group Outkast.

When inspiration struck for her latest outdoor project, Maria Lawton Adams had just finished transforming the Tindal Rec Center on Detroit’s West Side into a safe space for kids and seniors. Lawton Adams was inspired to restore Idlewild, the historical vacation spot for Black Americans, after taking a tour of the remains in the summer of 2020.

“I started looking at the devastation,” Lawton Adams told WXYZ-TV Detroit. “As I was riding, I was just silent cause I was like, ‘Oh my God! I said all the good things that you heard about and the rich history, and it looks nothing like it.”

Lawton Adams used to visit Idlewild with her family as a child. The small 2,700-acre community, built by four white couples in 1912, was made to be a vacation destination for Black people. During the ’20s and ’30s, many Black performers went to Idlewild to hit the stage safely due to racism and segregation that ran rampant at the time.

Acts like Della Reese, Dizzy Gillespie, the Four Tops, and even Aretha Franklin all performed there. By the ’50s and ’60s, Idlewild was a thriving hub for Black entertainers and families from across the country, MSN reports.

But decades later, the forgotten town was left abandoned and in need of some major renovation work.

“I thought of it like being Beirut; a lot of the houses were about to fall down,” Lawton Adams said.

She became inspired to get the youth in Detroit involved in transforming Idlewild back into the lively town it once was. Plus, kids suffering through the lockdown could build skills while also giving back to the community.

“We clean up the brush and we paint the houses put boards on them, so people coming in to the town and just want to see what Idlewild is it doesn’t look so bad from the street,” Lawton Adams said.

First on their list is fixing up the house of Rambo, a man who lives in Idlewild without any heat or electricity. After Rambo’s house is done, Lawton Adams and the 25 kids involved in helping will move on to the next house until Idlewild is fully restored.

“They put up new dry wall, a kitchen, bathroom, even landscaping outside, and when they’re finished, he will get everything down to silverware brand new in his new apartment,” Lawton Adams said.