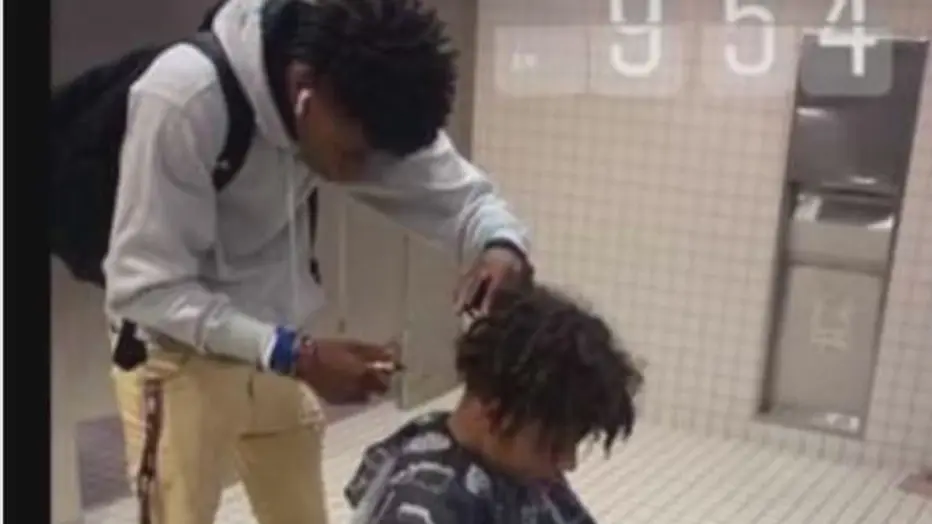 A 16-year-old aspiring barber was suspended from school after being caught cutting hair in a bathroom—but that didn’t crush his dreams. After hearing his story, a local Detroit barber stepped up and offered to groom the talented high schooler.

Cameron Tucker was given a one-day suspension for handing out fresh cuts to students at Renaissance High School, Fox 2 Detroit reported.

Looking back on the moment, he said, “I want to say wrong time, wrong place.”

The teen developed a passion for barbering during the summer when his Uncle Tuck showed him the fundamentals.

Motivated to cut his younger cousins’ hair, he picked up the clippers and got to work. He started posting before and after pictures on social media of his cousins’ haircuts and eventually started grooming football teammates, too.

Then, business got a little too good for campus grounds. Last Thursday, he was caught cutting a classmates’ hair in the bathroom during study hall.

“In the middle of doing that, the teacher walked in, stared at us for about 45 seconds, and walked out,” he said.

Cameron’s mother, Cassandra, got a call to come pick him up soon after.

“We need someone to come pick up Cameron. He’s running a barbershop out of the third-floor bathroom,” the school administrator said on a voicemail. “There’s a line in there, hair all over the floor. He’s got his whole setup in there like on the movie ‘Barbershop.’”

Even though his business was shut down, some administrators praised him for his work ethic.

“While we were walking to the office and everything, all the administrators were like, ‘I respect the hustle and things like that,’” Cameron said.

They weren’t the only ones who supported his hustle. With the help of Fox 2, Cameron connected with Sebastian Jackson, owner of Detroit’s The Social Club Grooming Co. Jackson, who also learned to cut hair when he was 15-years-old, offered to support Cameron in his barbering journey.

“I’ll tell you man, just based on the hustle, if you’re interested in apprenticing with one of our cosmetologists or myself, that’s definitely an opportunity,” Jackson said.

Jackson has cut some of the biggest names in the city, including Jalen Rose, Big Sean, R&B artist Dwele, former Lions running back Joique Bell, and Reggie Bush. He gave Cameron plenty of pointers. The teen, who returned to school Monday, was thankful.

“It was an honor meeting him,” he said. “It was definitely a learning experience, learning where he came from and his way to where he is now.”