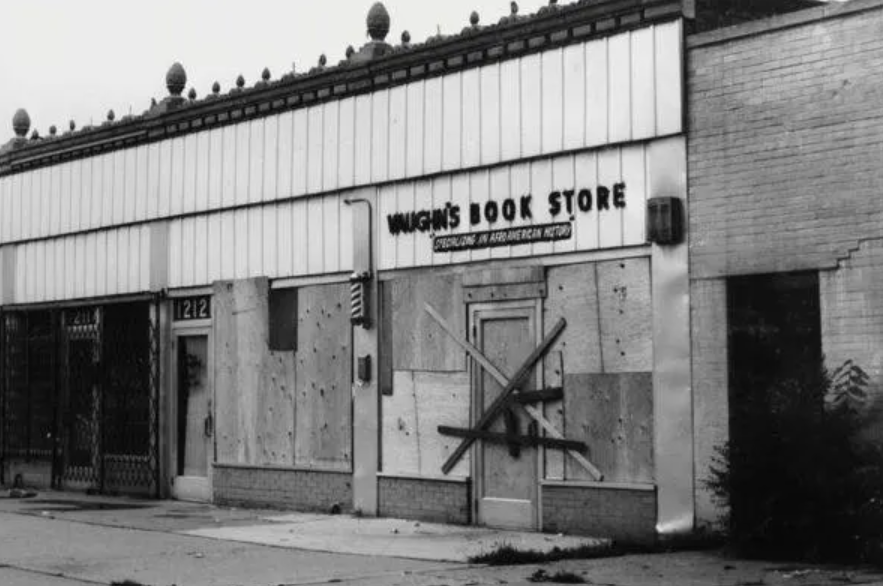 The National Park Service (NPS) has granted Detroit’s Vaughn’s Bookstore a $15,000 grant as part of the organization’s move to preserve history in underrepresented communities.

Vaughn’s Bookstore is one of 17 projects within 14 states that the NPS is allocating $743,531 in preservation grants, Michigan Advance reports. The book store was owned and operated by former state House member Ed Vaughn between 1959 and the late 1990s and has been housed in its second location since its inception.

“As the first Black-owned bookstore in Detroit and a hub of African American journalism and conversation, Vaughn’s Bookstore played a key role in the tumultuous Civil Rights Movement of the 1960s,” Mark Rodman, Michigan’s State Historic Preservation Officer said.

“An important priority of the National Register program is to document those sites associated with significant events that have contributed to broad patterns of our history.”

Vaughn’s Bookstore is credited as one of the nation’s most significant publishers of Black poets. It was also one of the few places where Black authors could host readings and book signings to promote their work.

During the 1967 Detroit riots, the bookstore was firebombed but reopened. No matter how many times the bookstore has closed and reopened, Vaugn has always stayed true to making an accessible space for Black authors.

“Vaughn’s Bookstore was certainly something that was new in the community. There had not been a bookstore here before,” Vaughn said in a 1989 interview.

“I got into the business because I was looking for a book called A Hundred Years of Lynchings” by Ginsberg, and I was told downtown that they didn’t have the book in stock and I decided that I’d see if I could find it. When I found it and my friends at the post office said that they’d like to read that and other Black books, I began to order them and sell them out of the trunk of my car. Then I opened Vaughn’s Bookstore and we were beginning to sell books rather briskly, people were asking questions, and that was pretty much the mood around the bookstore. There was a consciousness that was being raised throughout the community.”

At 87 years old, Vaughn is happy to see his historical bookstore recognized as a site worth preserving.

“We were a game-changer,” Vaughn said. “People in the community had a place where they could buy books in their neighborhood and didn’t have to order them by mail.”