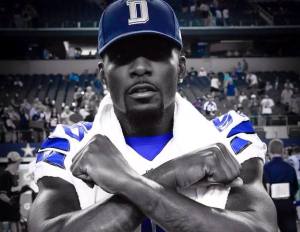 According to CBSSports, Dallas Cowboys’ wide receiver, Dez Bryant, has switched agents and is now being represented by Roc Nation Sports. Bryant is in the final year of his rookie contract which is paying him $1.78 million this season.

It’s the second time that Bryant has left his former agent, Eugene Parker. He initially signed with Parker in 2010, then let him go in 2011 when Bryant had Drew Rosenhaus for his agent. He then went back to Parker in 2012.

Dallas Cowboys owner, Jerry Jones, is reportedly not too happy with Bryant signing with Jay-Z’ agency and may be reluctant to to do a deal with Roc Nation Sports.

As Bryant is one of the league’s biggest wide receivers, it’s expected that he wants to be paid among the top players of his position. He should score a major deal as Detroit Lion’s Calvin Johnson, has a seven-year, $113.5 million deal and is the NFL’s highest paid receiver.