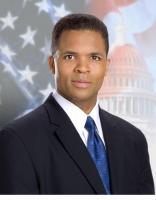 Rep. Jessie Jackson Jr. (D-Ill.) has emerged as the politician who stands to lose the most after the fallout from former Gov. Rod Blagojevich’s indictment.

As Blagojevich pleaded not guilty today to charges of racketeering and fraud, the Chicago Sun-Times is reporting that Blagojevich’s camp was told last year “that Jackson would raise up to $5 million in campaign cash for the ex-governor if he was appointedâ€ to President Barack Obama’s U.S. Senate seat. This amount is significantly more than the $1.5 million mentioned in Blagojevich’s 19-count indictment.

Fundraisers Rajinder Bedi and Raghuveer NayakÂ  also suggested that Indian donors would raise $1 million more if Jackson got the appointment.

Blagojevich was overheard in a secret recording made by the Federal Bureau of Investigation discussing his alleged approach by a Jackson emissary, according to the criminal complaint filed against Blagojevich, the Sun-Times is reporting.

Jackson confirmed last week that he was being investigated by the Office of Congressional Ethics, a citizen watchdog group that seeks to hold lawmakers accountable.

Neither Jackson, Bedi, nor Nayak have been charged, and the OCE investigation is only a fact-finding inquiry that will issue a report to the House’s Ethics Committee for further review.

The OCE cannot compel witnesses to submit to interviews or subpoena documents as evidence. Nevertheless, Jackson said in a statement last week that he is cooperating fully with the preliminary investigation but asserts that he has done nothing wrong.

Jackson did not respond to a request for an interview.

Marcia A. Wade is the reporter at BlackEnterprise.com