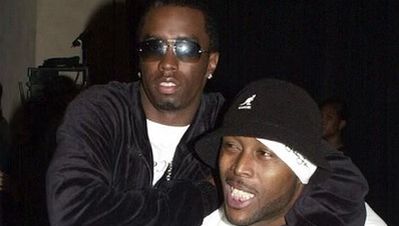 With the recent death of an artist who was once signed to his label, Bad Boy, Sean Combs, also known as Diddy, had offered to pay for the funeral of Harlem, New York’s Black Rob, born Robert Ross.

The “Whoa” emcee passed away last week at Atlanta’s Grady Memorial Hospital after suffering from a number of health issues, Page Six reports. His friend and fellow rapper Marc Curry told Rolling Stone that Black Rob passed away at the age of 51 after going into cardiac arrest caused by a rare kidney disease.

Although Diddy did pay for the funeral service for his former artist, social media didn’t take too kindly to the gesture. Combs was accused of not doing anything for the late rapper prior to a social media clip that was of Black Rob offering condolences to fellow rapper, Earl Simmons, also known as DMX, who recently passed.

“Rest in power King @therealblackrob ! As I listen to your records today there’s one thing that they all have in common! You have made millions of people all over the world feel good and dance! You are one of a kind! GOD BLESS! 🙏🏿 Love. 🖤💫✨ You will be truly missed!!!! 💔”

Although many of the comments that painted Diddy in a bad light were deleted, some of the ones that weren’t yet deleted include:

@tru2myselfalways we know well enough to know Diddy finessed the man and then he went homeless, he needed 50k for medical expenses which he never got

@blowdre He did. He deleted my comment. Had over 200 likes… Then i wrote it again and have 0 likes… LOL — “Diddy didn’t say a WORD when he seen Rob needed help last week. 😂 #fakeasslove (diddy deleted my comment and i got nuff likes so I’m writing it again)

Black people stop making this man rich what the hell is he really doing for the community? His own artist are dying homeless and broke. You wanna do right by this man make sure he is buried right.

You didn’t care about him at all. You threw him to the side like a lot of your artists. Then you live comfy off the royalties

I understand your not his pops and not obligated to give him anything but I’d think just being a good human and friend you woulda helped him out. So what if he made bad decisions so what if he made mistakes. Dude you have almost a BILLLLION DOLLARS … not to mention it could have even been a tax write off for donation. How you couldn’t reach out and help is insane. You coulda got him even a little 100k townhouse somewhere and let him just rest and live. I couldn’t have a billion dollars and let one of my former star platinum artists who was my friend be out there dying homeless with nothing. The good human in me just couldn’t do that.