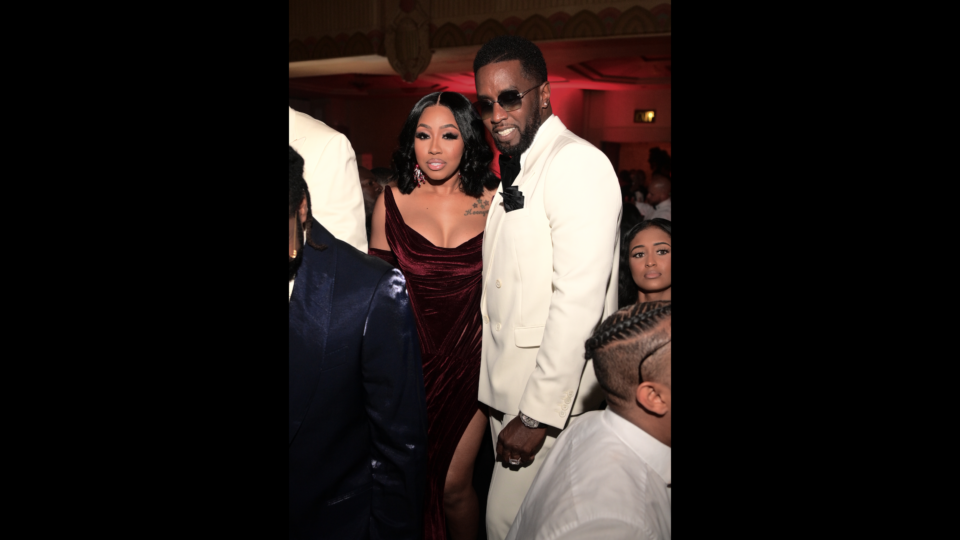 Sean “Diddy” Combs got the rumor mill spinning after dropping his phone during an Instagram Live session and revealing fashion designer Jesse Mae.

Diddy was busy living his best hip-hop mogul life and streaming it for his 18 million followers when the Bad Boy CEO mistakenly knocked his phone over. A clip captured by The Shade Room shows Mae appearing flustered before running offscreen.

“You saw all that?” Diddy jokingly asks in another clip.

His response seemingly suggested he knew he had made a mistake by revealing his female companion.

This is the second piece of evidence that has linked Diddy to Mae. Earlier this month, Mae shared photos inside of the same jet Diddy was on while en route to Saint-Tropez together.

But the dating rumors come as City Girls rapper Yung Miami continues to defend her romance with her “Papi” Diddy. On July 14, Miami posted photos from her trip to Paris, including one shot of her holding hands with the business mogul.

While Diddy continues to profess his single status, his flirty romance with Yung Miami often has fans mock the “Act Up” femcee for seemingly boasting about a fling with a lifelong bachelor.

Miami received the most criticism when she proudly held up a sign that read “Go Papi” while Diddy performed at the BET Awards last month. The gesture was more embarrassing when Diddy shouted out two of his exes during his speech without mentioning the City Girls hitmaker.

In a since-deleted post, Diddy personally thanked Yung Miami for showing him so much support on a night he received a Lifetime Achievement award for his contributions to hip-hop culture.

Diddy Finally Thanks Yung Miami For Her “Go Papi” Sign In Support of Him at The BET Awards pic.twitter.com/Gcg5H9FBWM