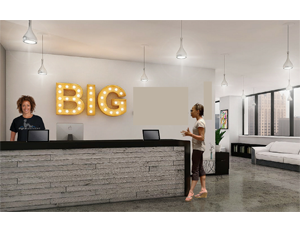 DigitalunDivided (DID), an organization dedicated to advancing the presence of women of color in tech and assisting them as startup founders, announced the opening of its BIG Innovation Center, a 6,000-square-foot venue that will be located in Atlanta.

The BIG Innovation Center will host the BIG accelerator program. This is a four-month program which provides startup mentorship, training, office space for up to a year, and the ability network with DID’s resource of other founders and investors. Seed funding from Maya Venture’s the Harriet Angels Syndicate and the Harriet Fund, led by Gayle Jennings O’Byrne will be available to those in the program.

The center will also hold the BIG Developer Internship Program (DevPro) an apprenticeship for black and Hispanic students in computer programming and at Atlanta-area colleges.

“We are champions of game-changing innovation and disruptive ideas and are excited to continue our work in the city of Atlanta,â€ says digitalundivided managing director, Kathryn Finney. “We look forward to being a vital hub for Atlanta’s emerging diverse tech community.â€

To date, DID’s networking, coaching, and funding opportunities have helped build 48 companies and raise $13 million in funding since 2012.

DID recently released findings of the state of black female startups and funding. The report revealed that only 11 startups led by black women have raised more than $1 million in outside funding.

In a blog post, Finney wrote that this number was disturbing for two reasons, first, because “in tech, raising at least $1 million is an indicator that a company is at the later stages of seed funding and is moving from proving the market to growthâ€ and secondly, “the average amount raised industry-wide by startups that ultimately fail is $1.3 million.â€

She also pointed out that having the backing of venture capitalists and other investors is a huge benefit to going it alone with self-funding.

“Self-funding is less desirable and advantageous than equity-based investments. The benefits of equity-based investments like angel and venture capital extend beyond financial contributions. Investors who provide money in exchange for equity are incentivized to make sure their investments succeed in a way that a credit card company or a business plan competition do not. Venture investors often share their networks with companies they are investing inâ€Š–â€Šthus increasing the founders’ networksâ€Š–â€Šwhich can lead to other investments,â€ she wrote.