Stalk On By? Dionne Warwick Shares Exactly How She Met Sidney Poitier: 'Actually, I Stalked Him' 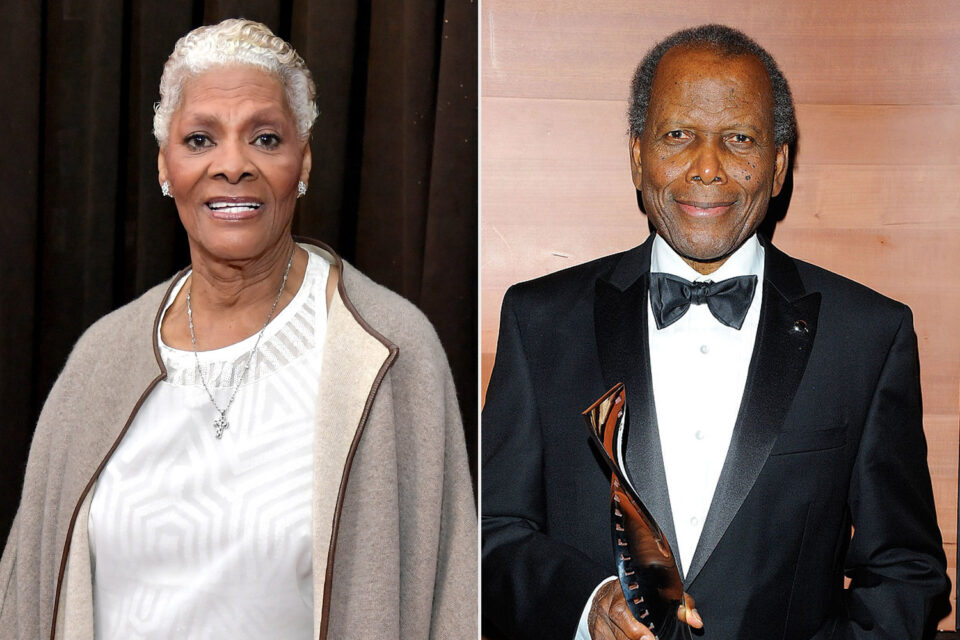 During an appearance on The Late Show with Stephen Colbert on Friday, legendary singer Dionne Warwick recalls meeting the late Sidney Poitier with a laugh and a comedically light-hearted story.

The 81-year-old “Walk On By” singer—and Queen of Twitter—shared a special moment about when she first encountered Poitier in the 1960s as a young woman. It was quite unusual, to say the least. But for Warwick, her admiration for him sealed their relationship in the following years.

“Actually, I stalked him!” Warwick said in response to Colbert’s question about how she met the legendary actor, who was the first Black man to take home an Oscar for Best Actor for his role in the 1963 film Lilies of the Field.

“I’m guessing you’re not the only woman who did that,” Stephen Colbert said.

Warwick told the late-night host that she was leaving a recording studio on 54th Street in 1964 or 1965 when she spotted the Oscar-winning actor. She was with her girls at the time.

“I was coming out of a recording studio on 54th Street, and the [music] group came around the corner. And in front of me was walking this regal, gorgeous man, and I broke rank. I left my girls, and I started following him,” she said with a laugh.

“I did. I actually stalked him,” Warwick replied. “Right at the corner, right here, at the corner of 54th and Broadway, he stopped. And you know, there are no shops on Broadway between 54th and 53 Street, and I’m looking in the air, acting stupid.”

“I actually bumped into him,” she continued. “He turned around, and he says, ‘Little girl. What do you want?’ And, of course, I went crazy. My mouth didn’t work. And finally, I said, ‘Can I have your autograph?’ And from that day till the last time I saw him, which is a year or so ago, he did not greet me as, ‘Hi, Dionne.’ It was, ‘Hello little girl, would you like my autograph?’ “

.@dionnewarwick on the first time she met Sidney Poitier:

Upon hearing the announcement of Poitier’s death, the five-time Grammy winner shared a snippet of the story she told Colbert in a Jan. 7 tweet.

“It was something we laughed about,” she wrote of their relationship. “He was my hero & great friend. May he RIP.”

He once caught me following him. He said “little girl what do you want” I muttered “can I have your autograph”. From that day he always called me little girl and asked if I wanted his autograph. It was something we laughed about. He was my hero & great friend. May he RIP ❤️. https://t.co/yQhuiDCZse