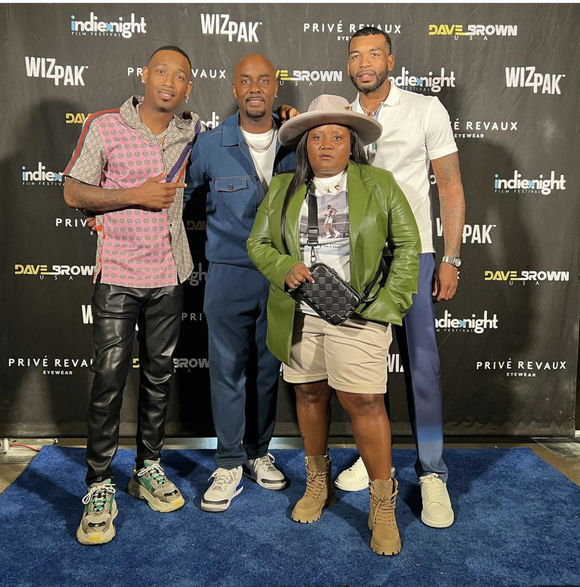 Des Gray is a visual storyteller who is taking the film scene by storm after building up a reputation as a force in music video production.

As a director and producer, Gray has worked alongside a list of global hitmakers, including Davido, Chris Brown, Young Thug, Lil Baby, Rick Ross, Future, and Toosii. The only Haitian American woman director in the music industry, Gray sought to add to the much-needed diversity in the film industry.

Mixed Girl follows the story of Leslie, a white alcoholic, drug-addicted teenage mother who falls for James, an African-American college student she meets at a fraternity party. Unbeknownst to James, Leslie becomes pregnant and gives birth to a biracial baby girl.

Burdened and left to raise two children, Leslie spirals into a world of chaos and alcohol abuse. Years later, James learns he fathered a troubled adolescent daughter and seeks to take custody. They battle to overcome her traumatic childhood as they bridge the gap between their two different worlds.

Gray produced, directed, and wrote the short based on her life as a Haitian immigrant torn between dual identities.

“The major theme of Mixed Girl is the effect of the environment and how it can play a major role on who we are and what we become,” Gray told BLACK ENTERPRISE. “Mixed Girl tries to paint the picture of this hostile environment that is devoid of nurture and love but something beautiful can come from it.”

Gray created Mixed Girl with the goal of breaking stigmas against Black fatherhood.

“There is this nasty stereotype that Black fathers abandon their children and run from responsibility but that’s not the case in this movie,” she said.

Carter served in a leading role and as a co-producer of the film. It wasn’t easy playing dual roles, but it’s an experience he doesn’t take for granted.

“It was a dope experience to be able to do both,” Carter said. “I’m grateful for the opportunity. Of course, starring in the film was the most challenging part, but once I locked in the whole team locked in it all flowed nicely.”

Mixed Girl is slated to showcase the film at film festivals throughout the country, Gray plans to continue using her unique perspective to illuminate screens all over the world.

“We received a standing ovation at Dave Brown’s Indie Night Film Festival, which is huge and well respected in the film industry,” Carter noted. “It’s been nothing but positive reviews and it’s a message that needs to be told.”