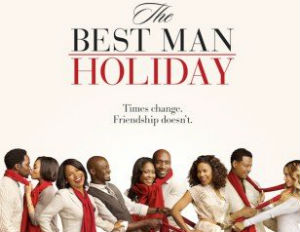 Many sequels tend to be a disappointment. That very well may have been the fear of Director Malcolm D. Lee who directed The Best Man and The Best Man Holiday.

The first movie, which made its debut in 1999, was a success and for a follow up that didn’t necessarily follow the same scheme, it could have been seen as a risk.

Uptown Magazine discusses Lee’s feelings about the cast and the movies.

“This is the Black Pack,â€ writer/director Lee says of his cast inÂ The Best Man andÂ The Best Man Holiday. “This is a collection of really, really talented actors who embodied themselves in the first movie.â€