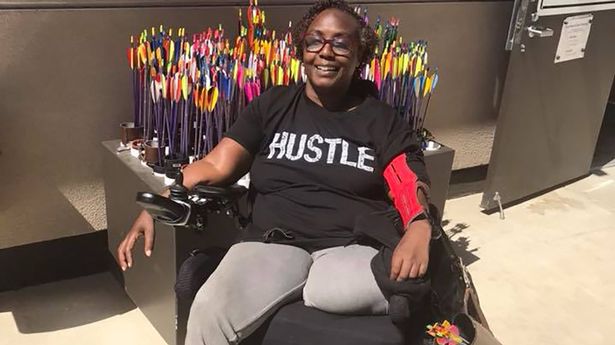 Disability activist Engracia Figueroa died following complications from a skin ulcer after her wheelchair was destroyed by United Airlines.

Figueroa, 51, died on Oct. 31 after developing a skin ulcer that became infected as well as gastrointestinal issues, Hand in Hand reports. In July, the prominent disability rights advocate was returning home to Los Angeles when she learned that United Airlines had destroyed her wheelchair.

“It was like my worst nightmare came true. My wheelchair is custom-made for me and my spinal cord injury. It’s a $30,000 machine that is not easy to replace, and without it, I am now stuck at home,” Figueroa said at the time, as noted by USA Today.

While United Airlines did provide Figueroa with a new wheelchair, Figueroa remained on a loaner wheelchair for months, according to her friend and fellow activist Madelaine Reis. In the two weeks before her death, Figueroa had been admitted into the intensive care unit.

Reis says she and Figueroa were working on a campaign to raise awareness about airlines damaging wheelchairs. Figueroa was “thinking of how to keep disability rights at the forefront,” while on her deathbed, Reis said.

“She was kind of just exhausted that she’s had to, like a lot of disability activists, they’re advocating for their own rights and needs, so she was just tired but continued to fight,” Reis said.

In the wake of her death, United Airlines has released a statement sending their condolences.

“We were saddened to hear about Ms. Figueroa’s passing and we offer our condolences to her friends and family,” the airlines said.

Reis and the members of Hand in Hand, of which Figueroa was an active member, want the advocacy work for people with disabilities to continue.

“I would tell people to continue to fight ableism and understand the importance of disability rights. Wheelchairs are an extension of someone’s body and disabled lives like hers matter,” Reis said.