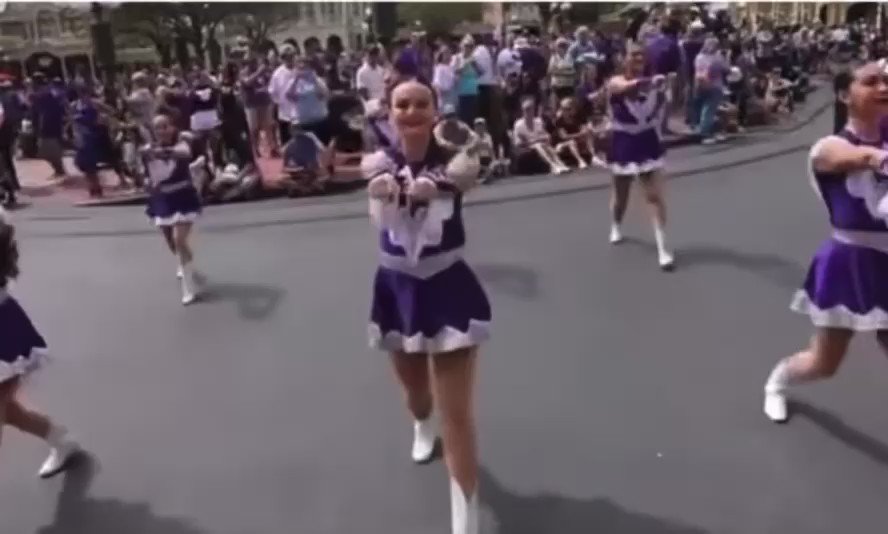 On Tuesday, the “Indianettes” drill team from Port Neches-Grove High School of Port Neches performed a parody of Native American dance and song, including a “scalp ’em, Indians” chant.

A video of the performance was recorded by an audience member and soon began circulating on Twitter, where it received outrage for being racist. Members of the drill team were dressed in fringed outfits while whooping and tapping their hands over their mouths in a stereotypical “war cry,” according to the outlet.

Tara Houska, a Native American and founder of the organization Not Your Mascots, wrote on Twitter describing the performance as “nostalgic racism.” She also held the Disney Parks responsible for allowing such behavior.

And any Natives who attend @pngisd should prolly just accept their classmates dehumanizing them cuz “tradition”, right?

Shame on @DisneyParks hosting this. Nostalgic racism is RACISM. pic.twitter.com/ELsJHRgJlw

As the video caught more heat, so did Disney. They responded with accusations of the drill team performing a different routine than their audition tape.

In a statement to WFTV, a Disney spokesperson said the performance “did not reflect our core values, and we regret it took place. It was not consistent with the audition tape the school provided and we have immediately put measures in place so this is not repeated.” The spokesperson also told the outlet that the resort’s performance policy is in the works of being updated in response to the backlash.

A Port Neches-Grove High School spokesperson explained that the drill team performed the routine at Walt Disney World eight times prior, claiming Disney doesn’t “ask what you’re going to do as far as a performance.”

In a statement to KFDM, Port Neches-Grove Independent School District officials said they were “aware of the concern regarding the performance,” and are “committed to diversity, equity, and inclusion in our school district.”