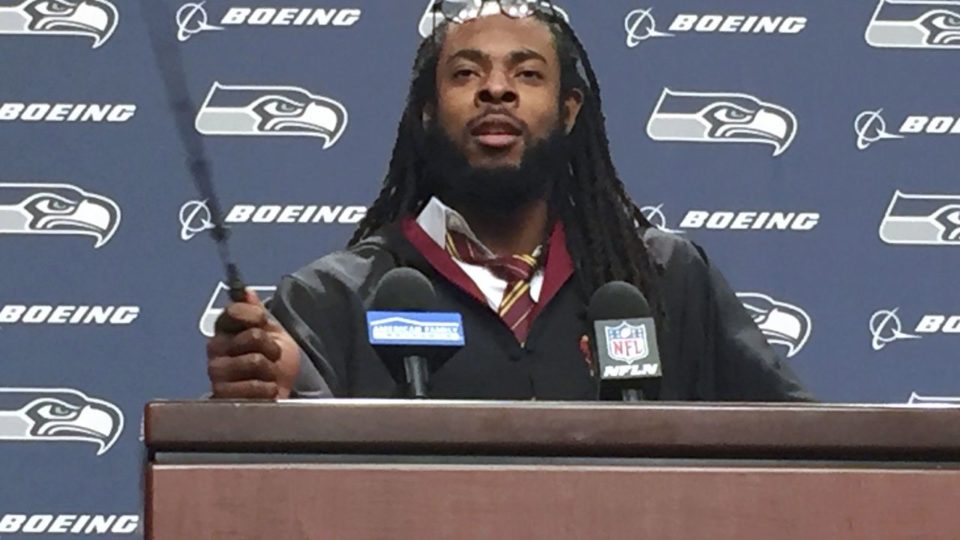 Last week, we reported that current free-agent football player Richard Sherman was arrested and faces several charges, including one on suspicion of burglary domestic violence. The cornerback was arrested at the home of his in-laws located in Redmond, Washington, early Wednesday.

According to KIRO 7, now the 911 operator who handled the call from Sherman’s wife, Ashley, is under scrutiny because of the attitude she had and the tone she used with his wife during the call.

Based on the recording obtained by KIRO 7, people are concerned about the way the operator handled the call, citing the unprofessionalism displayed when the King County Sheriff’s Office 911 operator responded to Ashley.

Portions of the phone call can be seen below:

Call operator: 911 what are you reporting?

Ashley Sherman: I need officers to my house now; my husband is drunk and belligerent

Call operator: Stop, stop, what’s the address? Is there a weapon?

Dispatcher: Listen to me!

Dispatcher: You need to stop interrupting me so I can get the information I need.

part two. i am less than impressed with how combative this dispatcher is. pic.twitter.com/jYzCaIVGYL

Fox News reported that the Redmond Police Department, whose officers made the arrest, released a statement about the phone call.

“Many have mistakenly associated those calls to the City of Redmond’s Communications Center, which is not connected to the King County Sheriff’s Office. The City of Redmond was not involved in the recordings highlighted by the complaints. The King County Sheriff’s Office, in response to public comment, opened an administrative review of this matter that will take several months to conclude.”