Diversity in Tech Advocate and Entrepreneur Hank Williams Passes Away 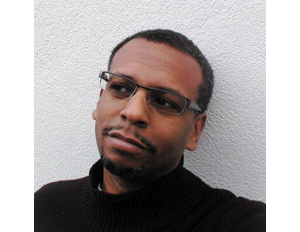 Williams, a New York City resident, was an African American pioneer in the tech industry. He discussed his motivation for creating Platform.org with BlackEnterprise.com in 2013:

“If all the significant growth that we expect going forward is coming from fields in which vast blocks of people have no participation or engagement, then we are heading for trouble,â€ he said at the time.

The Los Angeles Times reports that Williams was born in New York City on Dec. 1, 1964. He grew up in Harlem and graduated from a boarding school in Connecticut before studying computer science at the University of Pennsylvania.

A contemporary of other African American tech entrepreneurs and innovators including Angela Benton and Wayne Sutton, Williams was one of eight minority entrepreneurs CNN followed in 2011 as they pitched venture capitalists for funding. The result was chronicled in the documentary “The New Promised Land: Silicon Valley,â€ according to the LA Times article.

As a guest writer for USA Today, Williams was an early critic of the lack of diversity in tech. “The market makers operate in a world that is not particularly evenhanded,â€ he said in a 2011 essay for CNN. “This part of the tech world is driven by all the same biases that exist in the non-tech world. And it is much harder for even the most talented African Americans in the tech world to gain access to influential, insightful, connected mentors, let alone investors.â€

His last tweet reflected his life-long mission and accomplishments. It was a re-tweet praising Mark S. Luckie’s account of being one of the few African Americans employed by Twitter.

Incredible courage & honesty from @marksluckie on being one of Twitter’s few Black employees. https://t.co/o1QLDiBWiS pic.twitter.com/BXoCvigNlb