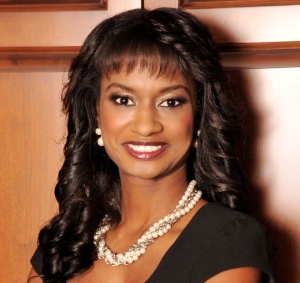 Movies like The Wolf of Wall Street, The Boiler Room and Wall Street all illustrate one fact: there’s a sparsity of African Americans in the world of finance. And while those films may be fictional, or at least partially so, the truth is black professionals on Wall Street are the exception, not the norm.

To gain a sense of what’s being done from a corporate diversity perspective, BE spoke with Racquel Oden, Managing Director for Merrill Lynch Wealth Management. Oden recently expanded her role to oversee Merrill Lynch’s training program for new financial advisors.

Here’s what she had to say:

BlackEnterprise.com: What sort of things do you look for when recruiting professionals?

Racquel Oden: We look for high achievers who have a track record of success. That is the DNA of what truly makes this the right role for anybody. We train and develop the other pieces. I can tell you our next generation of advisors tend to be what I call second generation professionals, meaning they were accountants for years, attorneys, doctor’s and they are ready to kind of make that shift. We do absolutely hire out of college, but it has to be that special person, because the majority are seasoned professionals who have those characteristics. We absolutely target universities. I have actually been rolling out a program this summer to do just that.

When we think about this next generation, one of the core things that they principally have in alignment with what we stand for is entrepreneurship. That’s kind of the new thing for the next generation, where they want to own their own and control their own. You and I know the success rate of small business entrepreneurs is very small, but through the structure of something like this, where you train and develop to understand investments and clients and build your own practice under the lens of a strong brand like a Merrill Lynch, you could be the greatest, biggest entrepreneur. We need to introduce these opportunities much earlier.

Minorities are grossly underrepresented in finance. What are some of the things that you are looking to do in order to increase those numbers?

Oden: I couldn’t agree with you more. I think it’s an industry problem, but what I would say is that Merrill Lynch has some very deliberate programs. We’re going to insure that there is a very diverse pool that is a part of that summer internship program, which I think we have to get in front of earlier: African Americans, Hispanics, and women. But to even make them think that this is an option one day. That’s the early incubator view that I have on that.

The second piece is we have a very strong focus on increasing the success rate of women andAfrican-Americans in this business, specifically. We’ve actually recently hired individuals who are focused primarily on coaching and developing African Americans in this business and insuring their success, because we want to improve that success rate and also want to attract more.

Unfortunately, this is one of those industries that African Americans tend not to head for. That has to have an impact on recruiting.

Oden: I couldn’t agree more. I actually sit on the board of Thurgood Marshall College Fund and we now have a very targeted view of also insuring where we’re sourcing and recruiting. In saying that, we will be spending more time at HBCUs. We are talking about what we do and hopefully influencing and recruiting students who would like wealth management as a career.

Oden: To move the needle anywhere we can, with deliberate focus to make it successful. We’re not working with benchmarks, targets or quotas. It’s less of that. It’s more about lets be sure we’re bringing them in and sourcing them in different ways to make sure we have a much better pool – but more importantly – improve the success rate. Even if we hire them, we want them to be successful and to stay here. We have a strong base of who are advanced in their career. And the opportunity we have is matching and pairing them, what we’re calling teaming. We’re looking very intentionally at pairing you up once you join to improve the success rate but, more importantly, advance our teams today in markets and niches that they may not have been exploring prior.