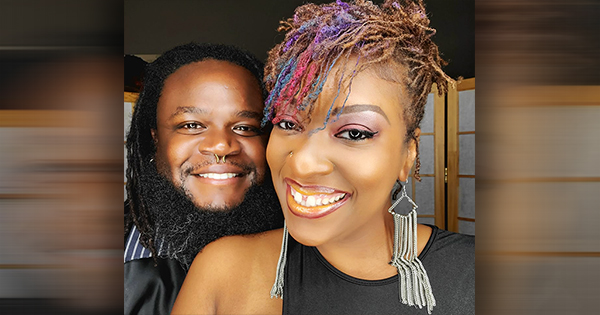 A victim of child abuse

Electra grew up as an only child living in Buffalo, NY, with her mom. However, her mom worked and partied a lot, and Electra was often left with her grandparents. As a result, one of her uncles began sexually abusing her from age 5 to 8.

After this was discovered, she went to go live with her father. She began working at 14-years old, and started paying rent to her Dad when she was just 15. She was even forced to buy her own groceries and was given one side of the refrigerator to only eat the food she bought. Two weeks after graduating high school, she joined the Army at 18-years old.

While in the Army, Electra got married and had one child. She later left the Army, had another child, and went through a bitter divorce with her cheating husband while working full-time as a contract specialist. At this time, she was also a full-time college student.

She says that her life experiences as a child and an adult taught her to develop tenacity, to become independent, and eventually to become entrepreneurial.

That’s when she came up with the brilliant idea to create chemical-free hair color products that would allow people to have fun with their hair without having to bleach their hair. Like so many other women, she was looking for an alternative to the rinses that weren’t giving her the vibrant popping color and that used dangerous ingredients.

Launching her empire… and a new life

In 2017, Mysteek Naturals was launched and quickly took off as one of the most successful Black-owned hair color brands that is handmade, cruelty-free, dye-free, and free of harsh chemicals.

Now the brand is a well-known, award-winning company that generates six figures every year, selling it’s products all around the world even on Amazon and Walmart.com. Her hair color products are safe for children and adults to use, and are available in 12 different colors including Bougie Blue, Fyah Red, Royal Purple, Baby Blonde, Twerkin Turquoise, etc.

Even more, Electra has found a new man who supports her business and loves her kids. They are one big happy family. She has also reconnected and established a better relationship with both her mom and dad who are also avid supporter of her business.