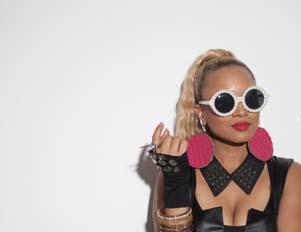 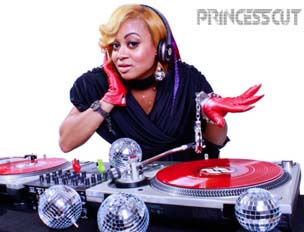 DJ Princess Cut isÂ based in Atlanta, Georgia, and is the sole female member of the DJ coalition Hoodrich, as well as a mixer for Hot 107.9. Princess Cut was asked to join Oprah Winfrey’s ‘Life You Want Tour’ last year, in addition to being requested to spin at several NYC-based O Magazine events. She was also requested to be the DJ at Gayle King’s 60th birthday party last December at Chelsea Piers in New York. Princess Cut has been the official DJ for Neiman Marcus in Atlanta for almost a decade and continues to spin at venues throughout the city, as well as the world. She has toured internationally with the Outlawz, Goodie Mob, and The Dream. Learn how Princess Cut got her start, what challenges she faces, and advice to make it as a female DJ in a predominantly male industry.

[RELATED: The Birth of a Brand: Several Factors Go Into Creating a Strong One]

BlackEnterprise.com: Tell us a little about yourself

Princess Cut: My name is DJ Princess Cut, I’m from Atlanta, Ga. I’ve been spinning for 11 years now and I am a club, radio, mixtape, corporate and celebrity DJ, and I love all kinds of music from hip hop to house. I’m really happy to spread my love for music and for the art and culture of DJing. I love to travel the world and to be able to influence people, especially young girls, while I’m on my musical path.

Â So how did you get started DJing?

Well, I always had a strong love and passion for music, but I actually started just DJing randomly. I was at a bar and I decided to go up and pick the DJ’s brain and figure out exactly what he was doing to make things work in the DJ booth. I asked him to let me try it and as soon as I touched the vinyl, it just felt kind of magical and special. From that point on, I went back to that same bar and practiced every week, and then a few months later I purchased my own Technics 1200.

How did you book your first gig?

My first gig came from a studio where I practiced my DJing. They told me, ‘OK we’re going to have a party in about a month’ and asked if I could DJ. They didn’t express any pay or compensation for the party, however, they said, ‘Can you come rock out?’ and [I] was like, ‘Sure, I can come rock out,’ and I had great time. That was the first time I caught the needle with my elbow, the crowd looked at me kind of crazy but I kept going and the party kept going and everybody had a good time. I considered that my first gig because at the end of the night they actually paid me, like $100.

How did you grow from there?

I’m glad I was born and raised in Atlanta, because its like [the] mecca of music and you know, its very true its not all about what you know it’s about ‘who’ you know. So, I would go and spend a lot of time in Earwax Records (which is an older record store, it’s not here anymore) in Atlanta. Because I was in there every week, the ownerÂ got familiar withÂ me at the store and would introduce me to all the major DJ’s in the city that would come in. They would just kind of see my passion, and people started referring me to gigs. I actually got to be a part of the legendary DJ circle that’s in Atlanta. A lot of it was word of mouth. People started hearing my name andÂ wanted to start booking me in surrounding cities like Charlotte.

What would you say has been your biggest DJ gig to date?

To date, no doubt, hands down my biggest DJ gig was for Oprah’s ‘Life You Want Tour,’ which took place last September.

Can you describe what that was like participating in the tour?

It was very exciting and fulfilling to be able to be on stage and rock the crowd of predominantly women while working with phenomenal women. It was a really powerful movement, and the thing I like the most about the tour is that while I was touching people’s lives, my life was also impacted in a major way. I’m on stage and people looking up to me saying, ‘Look at her.’ At the same time, I’m doing my thing and I’m looking at Oprah and her crew thinking, ‘Wow, anything is possible.’ So it was very inspirational for me, and it also let me know I had been moving in the right direction; which is a great feeling. I mean, you work hard doing something and building your brand. You don’t necessarily know what’s coming next in the DJ world. And for that to sort of [have] happened, it let me know I was doing something right.

Can you talk about some obstacles you had to face with being a female DJ?

It’s all about show and prove. I mean you have a few females like Spinderella, but it’s a male dominated industry,Â so promoters would book who they are comfortable with beforeÂ they book you. That was pretty frustrating, but I think it’s all about establishing your credibility, building your brand, and showing people that you actually know what you’re doing. That’s what I was always about. I was all about show and prove.

What advice do you have for any up-and-coming DJ’s?

For up-and-coming DJ’s, I would say to study the culture, study the art, study, study, study, and pay attention to those that came before. I know there’s a lot of new technology to make it easier to be a DJ, but it’s not about it being easy it’s about continuing to spread the real foundation and the real art of where it came from. I would start with a turntable first and then study the skill of rocking the crowd and rocking the mic. A lot of times people don’t have the resources to go out and see really good DJs, and so that’s where the Internet comes in. You can go online and on YouTube and study other DJs. Learn from them and practice.

Author Chanel Martin (@ChanelEbone) is a Co-Founder and Chief Operations Officer of Techturized (@Techturized) Inc. She is also a wife, new mom, and lover of all things hair. She works full-time at Techturized. Techturized’s first product, Myavana (@Myavanahair) provides hair care personalization for female consumers around the world. Learn more at www.myavana.com.