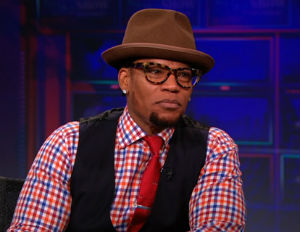 The documentary, which premieres this Sunday at 11 pm, Â takes on the myriad of problems that face the black underclass in inner cities, with what Slate’s Troy Patterson says is a tricky balancing act of humor and seriousness.

The meat of The Endangered List is a series of interviews Hughley conducts with experts, blowhards, model citizens, and random gangbangers, ostensibly gathering data to present to the government. The best explores crime; the host attempts to talk some sense into two teenage Crips, then talks to a policy guy about the prison industry, then buys the Crips shares in a company that operates for-profit prisons. The irony when he hands them their stock certificates is almost as vicious as the nature of mass incarceration itself.

Read the full story at Slate.