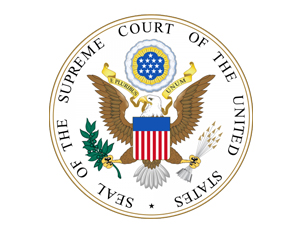 The fiery, hyper-partisan battle between the GOP and Democratic parties heats up over the nomination of a Supreme Court Justice to replace the recently deceased Justice Antonin Scalia.

While an unexpected opening on the Supreme Court has granted us a bit of a reprieve from the circus formerly known as primary season, the national conversation surrounding a replacement for the recently deceased Scalia is rife with familiar hyper-partisan shenanigans.

Led by Sen. Mitch McConnell, the Republicans have repeatedly refused to sit down with President Obama to discuss possible nominees to replace Scalia.

In response to Republican attempts to prevent a nomination before the general election, the Democratic National Convention launched its #FillTheSeat campaign to highlight the importance of allowing President Obama to nominate Scalia’s replacement.

On Thursday afternoon, the DNC held a press call to address the Supreme Court’s involvement in voting rights.

DNC chair, Debbie Wasserman SchultzÂ opened the call, alleging that GOP efforts to block an Obama nominee were steeped in “self-interest.” According to Wasserman Schultz, Republican push back is tied to their fear that an Obama-appointed Supreme Court Justice would interfere with the massive push for restrictive voting laws, which she noted disproportionately affect women, minorities, the LGBT community, and the elderly.

Congressional Black Caucus Chairman G.K. Butterfield then took over, delivering a fiery critique of the Shelby County v. Holder case, which struck down the most essential measure of the Voting Rights Act, Section 5, also known as the preclearance measure. Butterfield hammered home his point with a quote from Supreme Court Justice Ruth Bader Ginsburg’s dissent: “Throwing out preclearance when it has worked and is continuing to work to stop discriminatory changes is like throwing away your umbrella in a rainstorm because you are not getting wet.”

Butterfield pledged that the CBC would work to ensure enfranchisement for generations to come, while “vigorously confront[ing]” the GOP in its attempts to block an Obama nominee.

Congresswoman Judy Chu was also on the call. As the first Chinese woman elected to Congress, Chu spoke eloquently on the need for minority participation in all areas of the political process. Chu wrapped up the call with a quick history lesson, recounting how Supreme Court Justice Anthony Kennedy was appointed by a Democrat-controlled congress during President Reagan’s last year in the White House.