(DNC) How Clinton or Trump Would Affect The Stock Market 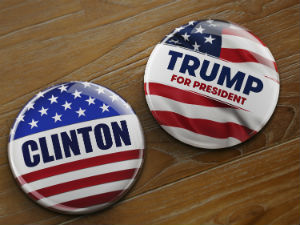 If history is any guide, stock market investors should root for a Democrat to win the White House if they want their investments to perform well.

Stocks have had an average 1.71% annualized return during the four-year term of a Republican president, and a 10.83% return during a presidential term for a Democrat.

While there is no direct correlation between the person who holds the highest seat in the land and the actual performance of the stock market, BE.com thought it would be interesting to look at the possible impact a Clinton or Trump presidency could have on the markets.

We discussed this with Jacquette Timmons, financial behavior coach and president/CEO of Sterling Investment Management, Inc.

BE.com: Â What impact would a Trump presidency have on the markets?

Timmons:Â The stock market really, really dislikes uncertainty. And while history might say presidential politics have a surprisingly small impact on how the market performs, Donald Trump, by every measure, is not your traditional Republican candidate. He is such a political unknown and volatile commodity, and his economic and financial policies remain so unclear (as of this writing) that the initial reaction to his election may likely resemble what happened immediately after Brexit: the stock market will plunge; the dollar’s value will fall; and confidence in the U.S. economy, both here and abroad, will wane substantially thereby triggering the onset of a recession.

What impact would a Clinton presidency have on the markets?

Although a paper released by Princeton economists Alan Binder and Mark Watson cannot pinpoint the reason why, the economy has performed better under Democratic presidents than Republican ones since World War II. If that pattern continues, there’s every reason to believe the election of Secretary Hillary Clinton would have a positive impact on the stock market, along with job growth and trade. Plus, she is more of a known (and predictable) quantity both in the U.S. and abroad, Â with she and her running mate having a much longer and stronger record of public service and legislative experience.

What should investors, particularly black investors, keep in mind as we move closer to the election and a new president?

It’s my belief that you don’t really manage money so much as you manage your choices. Therefore, before you make any decisions, pause and ask yourself, ‘Why am I doing this?’ You personally cannot control how the markets will react to the election results. Therefore, focus your thinking and actions on the choices you can control. And should that choice include heeding someone’s advice about market moves, you should be sure you know the political lens through which that advice is proffered.