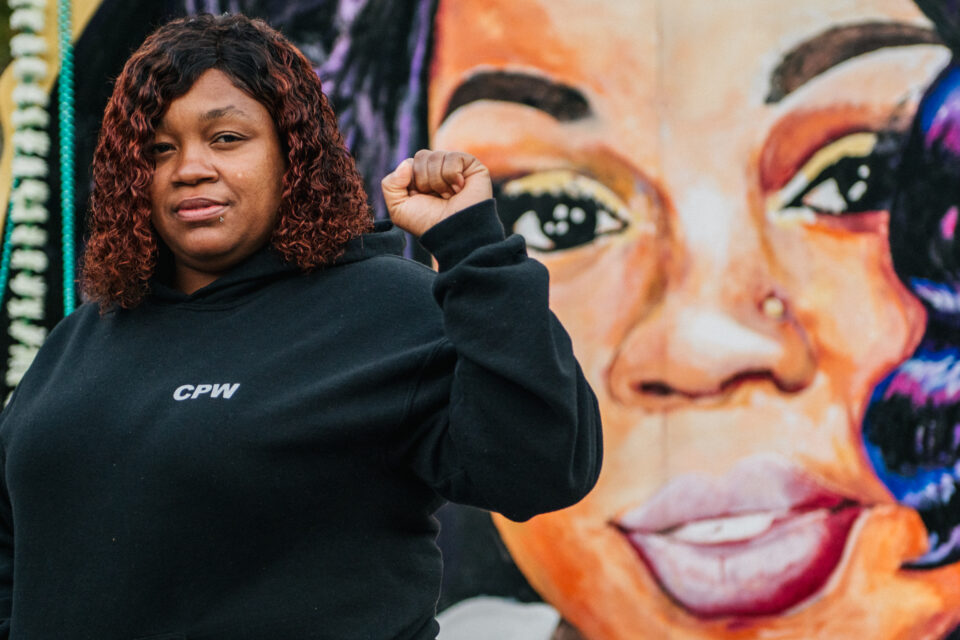 LOUISVILLE, KY - SEPTEMBER 21: Tamika Palmer, mother of Breonna Taylor, poses for a portrait in front of a mural of her daughter at Jefferson Square park on September 21, 2020 in Louisville, Kentucky. Demonstrators gathered to prepare for possible unrest in wake of the Grand Jury decision regarding the officers involved in the killing of Breonna Taylor. Taylor was fatally shot by Louisville Metro Police officers during a no-knock warrant at her apartment on March 13, 2020 in Louisville, Kentucky. Demonstrators have occupied the park for 118 days. (Photo by Brandon Bell/Getty Images)

Following the second anniversary of Breonna Taylor‘s death by police, her mother met with the Justice Department’s Civil Rights Division officials. On Monday, she urged for further investigation and federal charges to be brought against the officers involved in the fatal shooting of her daughter during a botched police raid in 2020, CNN reported.

“I’m here at the Department of Justice asking them to do the right thing,” said Taylor’s mother, Tamika Palmer, at a news conference after the meeting. “This is bigger than Breonna. If no one addresses this issue, they’ll keep kicking in our doors and murdering us.”

On March 13, 2020, Taylor, a 26-year-old unarmed Black woman and EMT worker, was wrongfully killed in her home by a hail of bullets by plainclothes officers Brett Hankison, Myles Cosgrove, and Jonathan Mattingly.

They were serving a “no-knock” search warrant for Taylor’s ex-boyfriend for allegedly dealing drugs.

“I don’t know how people think I should just move on, that I should just walk away from this thing. Half my life has been spent being Breonna’s mother. It’s the only thing I’ve learned to do well in my life. It’s the thing that I’ll die for – fighting to make sure she gets justice.”

Hankison was acquitted of wanton endangerment charges and fired from the Louisville Police Department in 2020. The other two officers were not charged, but Cosgrove was terminated in January 2021, and Mattingly retired in April 2021.

Civil rights attorney Benjamin Crump told CNN that himself, Palmer, and Kristen Clarke, the top official of the Justice Department’s Civil Rights Division, met for about 45 minutes Monday morning to discuss demands for an investigation into all three officers.

“They said, ‘Be not dismayed,'” Crump said, recalling the meeting.

“They’re turning over every stone, looking at any civil rights charges on behalf of Breonna Taylor, because they would do the same for any citizen. Because Breonna Taylor deserves it.”

Last April, Attorney General Merrick Garland announced the opening of a civil investigation into the Louisville/Jefferson County Metro Government and the Louisville Metro Police Department to determine a pattern or practice of violations of the Constitution or federal law. But no federal charges have been brought in connection to Taylor’s murder.
“We are crying, Attorney General,” activist Tamika Mallory said at the news conference.
“We are crying for Breonna Taylor, and we demand you take those tears and turn them into action. And make sure that the ink of your pen strokes for justice for Breonna Taylor. Charge the cops.”