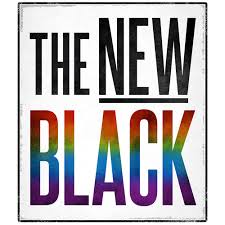 The rulings by the United States Supreme Court to end the Defense of Marriage Act, which prevented married same-sex couples from receiving federal benefits, and to dismiss Prop 8, the ballot initiative banning same-sex marriage in California, makes for a timely release of the documentary, The New Black. The provocative film powerfully illustrates the story of how the African-American community is grappling with and in many ways leading the fight for the freedom to marry.

It was the 2008 Election that embarked filmmaker Yoruba Richen on the journey to produce The New Black. She recalls the euphoria of Barack Obama’s Presidential win and the anger that also came with the passage of Proposition 8.

“That dichotomy made me want to explore how and why these two groups (blacks and gays) were being pitted against each other. As a black lesbian, that was my personal connection, seeing both racism and homophobia and media narratives that weren’t true in the post analysis of the California election,â€ says Richen, referring to news reports that claimed African Americans were the reason Prop 8 got passed.

Richen derived the name for the documentary from a magazine story that appeared in the Advocate that posed Gay Is The New Black?

“It caused quite an uproar, especially among black LGBT folk. It was provocative by taking this new way of looking at gay rights being the next level of civil rights,â€ she says.

By the time she began filming The New Black in 2010, another story began to unfold: the historic fight to win marriage equality in Maryland. The New Black documents activists, families and clergy on both sides of the campaign to legalize same-sex marriage and examines homophobia in the black church along with revealing the Christian right wing’s strategy to exploit this phenomenon in order to pursue an anti-gay political agenda.

Richen adds she wanted the film to focus on more than just marriage because that issue is just one part of the LGBT movement.

“There are other key issues that get less attention but this is where the political battle is being waged. For black communities it was a debate about family and how [LGBT persons] are accepted and defined in this country.â€

“I really hope that people use this film for a few things, as a conversation starter about issues brought up in the film, bringing it back to their homes, churches and their communities. And then for those who are moved by the film to take action and fight for advancing social justice,â€ says Richen, a graduate of Brown University and currently an adjunct professor at the City University of New York (CUNY). “We need to figure out ways together to build alliances on social justice, race, and human sexuality,â€ adds the 41-year-old social issue documentarian, who is a recipient of the Tribeca All Access Creative Promise Award and a Guggenheim fellow.

The New Black was screened during LGBT Pride month at the LA Film Festival, Human Rights Watch Film Festival, AFI Docs, and the Frameline LGBT Film Festival. It will have a semi theatrical release in the fall of 2013 and it will be broadcast in February of 2014 on the PBS series Independent Lens.

It was PBS that awarded Richen money to produce the trailer–$15,000 from its Diversity and Innovation fund–back in 2010. She also received $15,000 for the Paul Robeson Fund. After the trailer, Richen was able to secure additional funds to produce the 87 minute documentary. And PBS came in as a co-producer of the film, buying the US broadcast rights.

An independent documentary filmmaker needs to be able to raise anywhere from about $75,000 to $1 million. Richen offers advice to aspiring filmmakers seeking foundation monies.

“You have to do your research to find out what kind of private foundations out there support film. Tribeca and Sundance are the common ones. But there are foundations that might not support film but will support an issue that you care about.â€ She suggests attending networking events and also notes that new foundations can pop up. “There may be new avenues of funding that you weren’t aware of that now exists.â€ It is also important for filmmakers to know how to pitch their vision on paper. “It is hard to get people to give you money without seeing the whole film,â€ adds Richen.

Up next is a documentary film about the Rev. Al Sharpton, looking at his journey from rebel rouser to insider as a Barack Obama confidante.

“He is someone whose career I followed growing up in New York,â€ Richen explains. “He came out to support the Maryland initiative to legalize same-sex marriage.â€