Does AIG's CEO Deserve a 'Thank You' From the American Public? 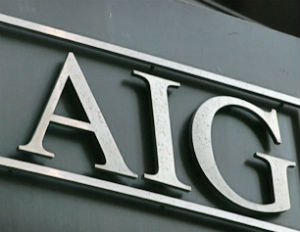 Is there anything worse than lending someone money and then having the person expect you to say thank you for paying it back?

Well, that’s exactly what the president and CEO of American International Group, the multinational insurance giant who had a very public fall from grace during the economic crumble of 2008, expects from American taxpayers.

CEO Robert Benmosche recently said in a New York Magazine article that the bailout “wasn’t a free lunch … we now have succeeded in getting the Fed back all of their money and we’re just close to getting the Treasury paid back … and do you know, neither of them have ever said, ‘Thank you’?â€

You’ll remember, AIG borrowed $67.8 billion when the government stepped in to bailout major financial institutions in 2008. In fact, the financial services firm still owes $2.6 billion to taxpayers. Still, the top dog at AIG has some gall to expect Americans to say thank you for repaying its debt back to society — especially when most Americans have their own debt to repay.

Benmosche didn’t ascend to his post until after the company accepted the bailout, reason enough that he should be the one showing a little more gratitude.