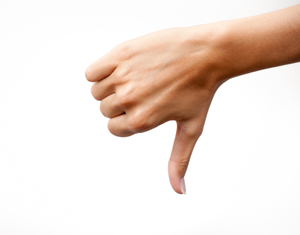 As an avid television watcher, I’ve long wondered why quality shows are cancelled after a few episodes and mediocre ones allowed to drag on despite having similar ratings. There are variables, a failing show on ABC would be considered a success on a network like Syfy or the CW even if the ratings are identical. What’s most interesting to me is how reviewers arbitrarily deem what’s worthy of limping along, and what should be put down. I’ve noticed a pattern where reviewers will pan shows with black leads, and endlessly praise a white show despite its banality. There’s a pattern of racial bias when it comes to reviewing TV shows and when 88% of viewers trust online reviews as much as a personal recommendation, I find that troubling.

[Related: The Power of Black Women in Fandom]

Last week, the Minority Report pilot took in 3.10 million viewers. Ryan Murphy’s new horror-comedy Scream Queens didn’t fare much better, reaching only 4 million. If these trends continue both could be in danger of cancellation. However, while reviewers are ready to throw Minority Report out with the bathwater, they’re also begging people to give Scream Queens a chance.

Minority Report is a follow up to the popular film. In the series, Dash (Played by Stark Sands) uses his precognitive powers to help Detective Lara Vega (Meagan Good) prevent and solve crimes. The movie became a commercial success when it hit theatres in 2002, yet the series has gotten mercilessly denigrated by reviewers despite the positive feedback on social media.

Having watched both pilots, I don’t believe the disparity in reviews is an issue of quality. If Scream Queens was a superior show, it’d make sense that reviewers would be more gung-ho about keeping it on the air. Unfortunately, it’s not superior and in many ways it’s substandard. Minority Report’s biggest strength is showing not telling, for example the scene where Lara leans out the window and Akeela grabs her arm to stabilize her. This interaction is wordless, effortless, and shows how in sync these characters are within minutes of meeting them. There’s lots of little touches like that, adding extra depth to scenes and characters. I was never taken out of a performance, or wished a character was recast. It wasn’t perfect, but it held my interest and was especially good for a pilot.

Scream Queens was a mess. Aside from the constant barrage of racism and homophobia trying to masquerade as tongue in cheek, most of the actors completely lost me. Ariana Grande’s acting was, unsurprisingly, Disney-level. I assume the only direction given to Emma Roberts (aside from “Play every bitchy character we’ve made you play beforeâ€) was to make faces that the Internet would gif and post on Tumblr. Niecy Nash and Jamie Lee Curtis did great with what they were given, but that’s damningly faint praise. It’s needlessly mean spirited and despite its genre, lacks anything scary or funny.