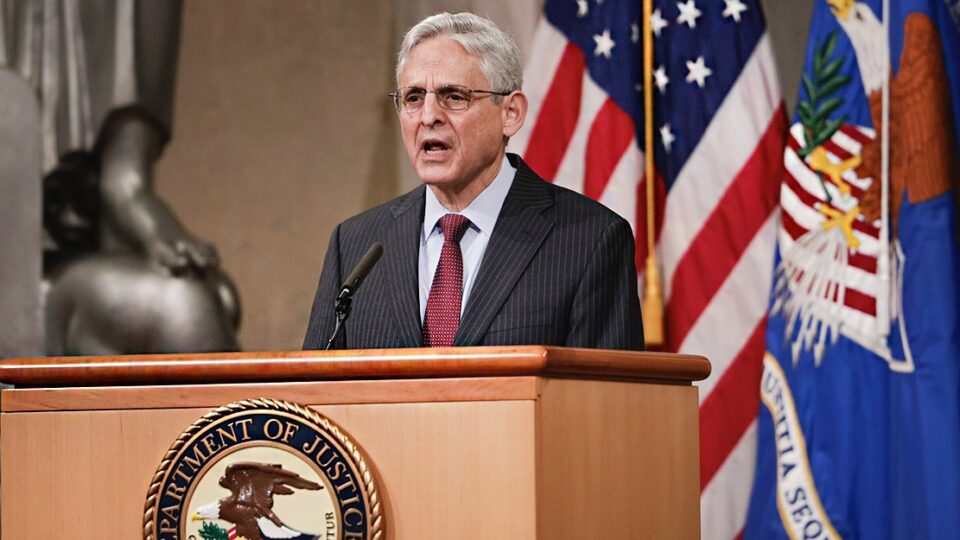 Merrick Garland and the Deparment of Justice are suing the state of Texas over its new voting law. (Image: Twitter/@AltomonteEvile)

The lawsuit takes aim at two specific provisions in the law that deal with providing assistance to voters at the polls and mail-in voting.

According to the Guardian, the first measure restricts the kind of assistance people can provide to voters at the polls, blocking them from explaining how voting works or breaking down complex language on the ballot. The DoJ says the measure violates a provision in the Voting Rights Act that guarantees that anyone who requires assistance because of “blindness, disability, or inability to read or write” will receive it.

The second provision requires voters to provide identification information on mail-in ballot applications and ballot return envelopes. The new law forces election workers to reject the ballot if there are discrepancies in the information provided.

The DoJ says the provision violates the 1964 Civil Rights Act, which states someone can’t be blocked from voting due to an error on a paper of record unrelated to their qualifications under state law to vote.

“Conditioning the right to cast a mail ballot on a voter’s ability to recall and recite the identification number provided on an application for voter registration months or years before will curtail fundamental voting rights without advancing any legitimate state interest,” the complaint states.

The lawsuit is part of an ongoing battle between President Joe Biden and Republican states over voting rights. After former President Donald Trump’s election lies and lawsuits didn’t work, Republican states reverted to changing the rules around voting to give them an advantage. According to US News, 17 states have changed their voting laws in the wake of Trump’s loss.

Additionally, the Grand Old Party has blocked passing a Voting Rights Bill four times using the filibuster, something progressive Democrats are still trying to get Biden to eliminate. Even worse is that many of the same corporations that pledged to fight for the bill have instead gotten into bed with Republicans.