Domino’s Commits To Giving Up to $1,200 Bonuses to Hourly Workers 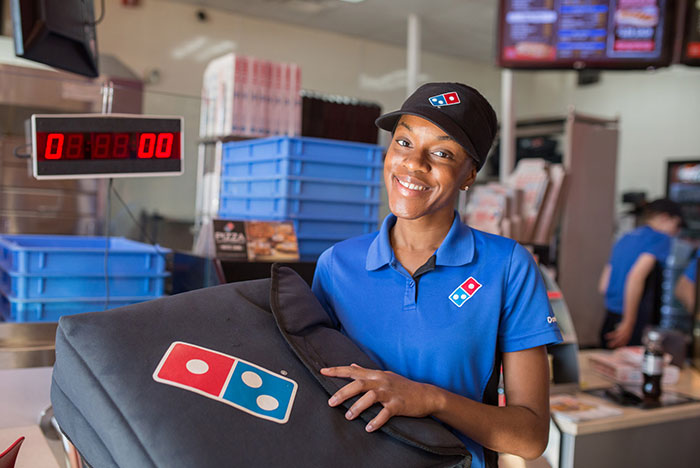 Domino’s Pizza Inc. recently announced that the company will be giving a special bonus to more than 11,500 company-owned store and supply chain hourly team members and drivers this month.

Each eligible team members are slated to earn up to $1,200 in bonus compensation that will be an investment from the company to the tune of totaling more than $9.6 million. This adds on to an additional special bonus paid out by Domino’s earlier this year to frontline workers who were employed at its corporate stores and supply chain centers. The pizza chain had also provided paid time off to its part-time, frontline team members who were directly impacted by COVID-19.

“We strive every day to uphold our values of doing the right thing and putting people first,” said Domino’s CEO Ritch Allison in a written statement. “We have the honor and privilege of being open and operating throughout the U.S. during this crisis, and we recognize that we could not be doing it without the hard work and dedication of our team members. This is our way of saying thank you to these remarkable people.”

Earlier this year, during the summer, Domino’s and all of its franchisees had also conducted a “Feed the Need” program. With this initiative, they had donated more than 10 million slices of pizza to those involved in the fight against COVID-19. They included first responders, frontline workers and those who were in need in their communities which included hospital workers, doctors, nurses and grocery store employees.

To add value to people in the United States, Domino’s had also previously announced that the Corporation and its franchisees were hiring to add to its staff. They are looking to hire an additional 30,000 people across the United States to meet demand and to provide opportunities for those who were affected by job loss as businesses closed.