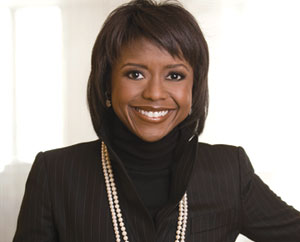 Although it was well-telegraphed, I was still plenty surprised when Standard & Poor’s downgraded the United States a notch from the highest credit rating AAA to AA+. But it seems I am now one voice in a growing chorus that believes Standard & Poor’s made a massive mistake. Some might think the rating change to be a nuanced difference, but having held the coveted AAA moniker since the inception of credit ratings 70 years ago, the U.S. downgrade was quite significant from a psychological point of view and less so from a financial point of view.Â  I focus on the psychology because the actual report was so light in its fiscal critique–even though I readily admit we have deficit issues that must be addressed. In fact, S&P’s report seems to downgrade America’s political system more than anything else.

If S&P held the pristine reputation it once had, a stock market sell-off might have made sense. But the organization’s credibility has been seriously in question since the depths of the last financial crisis when it gave AAA ratings to the toxic subprime mortgages that propelled the liquidity crisis that took our financial system to the brink in 2008. It is worth noting that as I write this column, S&P’s main competitors, Fitch and Moody’s, have maintained their AAA ratings on the United States.

Normally, a lowered credit rating tends to cause interest rates to rise based upon a reasonable view that more risk is at hand. But so far, the opposite is occurring; interest rates for U.S. Treasuries have fallen–thereby underscoring their place in the world as the most secure investment one can make. More specifically, on those days when we have seen significant stock market losses, nervous investors have been flocking to, of all things, U.S. Treasuries! Simply put, U.S. government debt cannot be riskier and simultaneously remain one of very few safe havens in a panic. Taking this argument one step further, I ask a simple question: Does anyone believe the United States is less creditworthy today than it was in the middle of the 2008 financial crisis? If the answer is no, than either we should have been downgraded then, or the current downgrade makes no sense since it supposedly captures an increased risk of default.