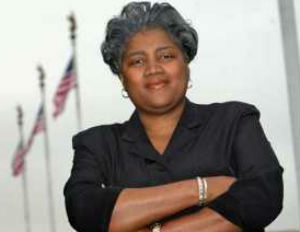 During an appearance on ABC’sÂ This Week, Republican strategist Karl Rove joked with Democratic strategist Donna Brazile about the state of the Republican Party – only it took a puzzling turn.

During an exchange about what seemed to be a bet between the two political experts, Brazile jokingly said that Rove owed her some chili.

“You owe me some fried chicken,â€ Rove joked with a Southern drawl.

While Brazile did not seem bothered by the joke on air, many liberal blogs and Twitter avids ridiculed Rove for the joke’s racial implications.