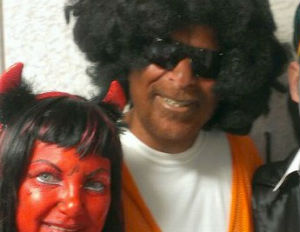 At a costume party at his Brooklyn home to celebrate the Jewish holiday of Purim, New York Assemblyman Dov Hikind dressed in a basketball jersey, afro wig, and blackface. The politician’s outrageous outfit has enraged black leaders and community residents.

Hikind, who originally defended his blackface get-up, later apologized and said he did not mean to hurt anyone’s feelings.

At a news conference outside his Brooklyn home, Hikind said he would be a little more careful and sensitive. “It was not meant to in any way hurt anyone. And those that were? I’m sorry. That was not my intention,” he said.