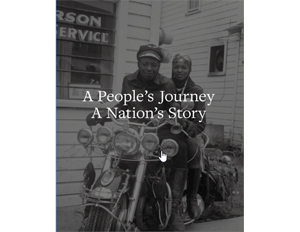 Can’t get tickets yet to the Smithsonian National Museum of African American History and Culture? Be patient, get on the waiting list, and meanwhile,Â download the museum’s newÂ app.

The NMAAHC Mobile Stories app, developed by the Smithsonian Institution, offers a “story-drivenâ€ mobile experience designed to enhance a museum visit or to enjoy off-site.

The museum exhibits feature interactive stories that integrate with the app.Â The stories are grouped into categories including “Exhibition,â€ “Multimedia,â€ and “Families with Childrenâ€ stories.

Tapping on any story takes you to the museum’s exhibit focusing on that story and the app also lists the exhibit’s location in the museum. The app displays artifacts within the exhibit while the story is displayed as both text and as a sound clip. You can share via social media any of the information in the app.

The app’sÂ content includes video such as one on Shirley Chisholm, the first African American woman to be elected to Congress (and the first women to ever run for the Democratic Party presidential nomination). Users can create their own selfie political poster from photos of Chisholm’s and others’ political posters.

It displays daily and upcoming museum events. There is also a museum map; information about its restaurant; and the museum shop.

The NMAAHC was designed to be one of the most technologically advanced museums in the world.

Travis McPhail, a senior software designer and tech lead at Google, headed up a team of designers and engineers, all from the Black Googler Network, to create an interactive 3-D exhibit. Google also donated $1 million to the museum.

The National Museum of African American History and CultureÂ Mobile Stories app is available on the App Store and Google Play.