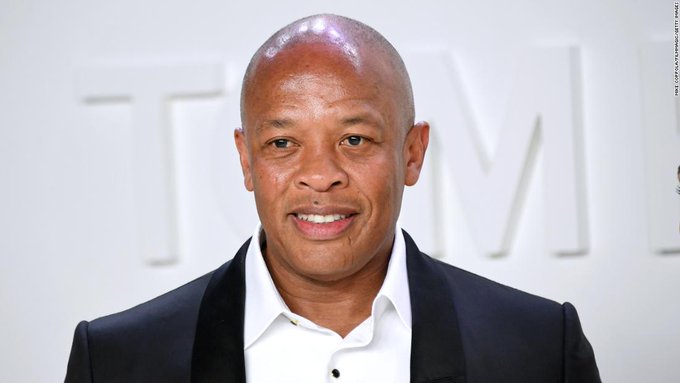 It was initially believed that N.W.A. co-founder and producer Dr. Dre had reached billionaire status when he and former Interscope executive Jimmy Iovine sold Beats By Dre to Apple.

An announcement made by R&B singer Tyrese on social media at the time reportedly thwarted the distinction of making Andre Young the first hip-hop billionaire.

According to iMore, Tyrese’s little “announcement” on Facebook, was the reported reason that cost Dre and Iovine $200,000,000 from the Beats By Dre sale. The incident that took place in 2014, shortly before the Apple acquisition was official, was memorialized in a new book by Tripp Mickle titled, After Steve: How Apple Became a Trillion-Dollar Company and Lost Its Soul. The writer states in the book that Apple CEO Tim Cook directed all parties to keep the deal secret, or it would jeopardize the deal.

In chapter 10 of the book, Mickle explains Cook’s entry into music streaming, with Beats By Dre catching his attention. It wasn’t because of the actual headphones; it was the curated playlists developed by real people that interested him. At the time, he felt that acquiring the company would be “a solution to the company’s failure to enter the streaming music business.”

Iovine insisted that Apple purchase both Beats Music and Beats Electronics. Cook finally relented to a price of $3.2 billion for the acquisition.

“It was a sum that Iovine and Dre could barely fathom. As the lawyers worked through final details, Iovine summoned the leadership team of Beats to his home near Beverly Hills. He told everyone that they were on the cusp of finalizing a massive deal. The only thing that could spoil it would be for word of the deal to leak.”

After the Interscope boss informed his team not to leak the news, at 2:00 a.m. the following morning, Iovine got a phone call from Sean “Puff Daddy” Combs. Puff told Iovine about the Facebook video that went viral.

“At 2:00 a.m., Iovine got a call from Puff Daddy, who was screaming that Dre and Tyrese, a rapper, were talking about the deal in a Facebook video. Iovine pulled up the video and cringed as he saw Tyrese bragging about being drunk on Heineken in a recording studio.”

In the video, Dr. Dre brags about being “the first billionaire in hip-hop.”

Of course, Cook found out about the clip.

“When word of the video reached Cook, he summoned Iovine and Dre to Cupertino. He invited them into a conference room for a private conversation. Iovine was anxious and afraid that Cook was going to kill the deal. Instead of the anger and cursing that would have poured out of [Steve] Jobs in a moment like that, Cook exuded calm. He told the music executives that he was disappointed and wished that Dre’s social media outburst hadn’t happened but said that the video hadn’t shaken his conviction that buying Beats was right for Apple.”

Cook insisted the price go down just enough where it wouldn’t make Dre a billionaire, which was the $200,000,000 price reduction. This move opened the door for Brooklyn, New York’s Jay-Z two years later in 2019 to obtain the title from Forbes as hip-hop’s first billionaire.