Dr. King's Granddaughter Said His Holiday Should Be A Day Of Service 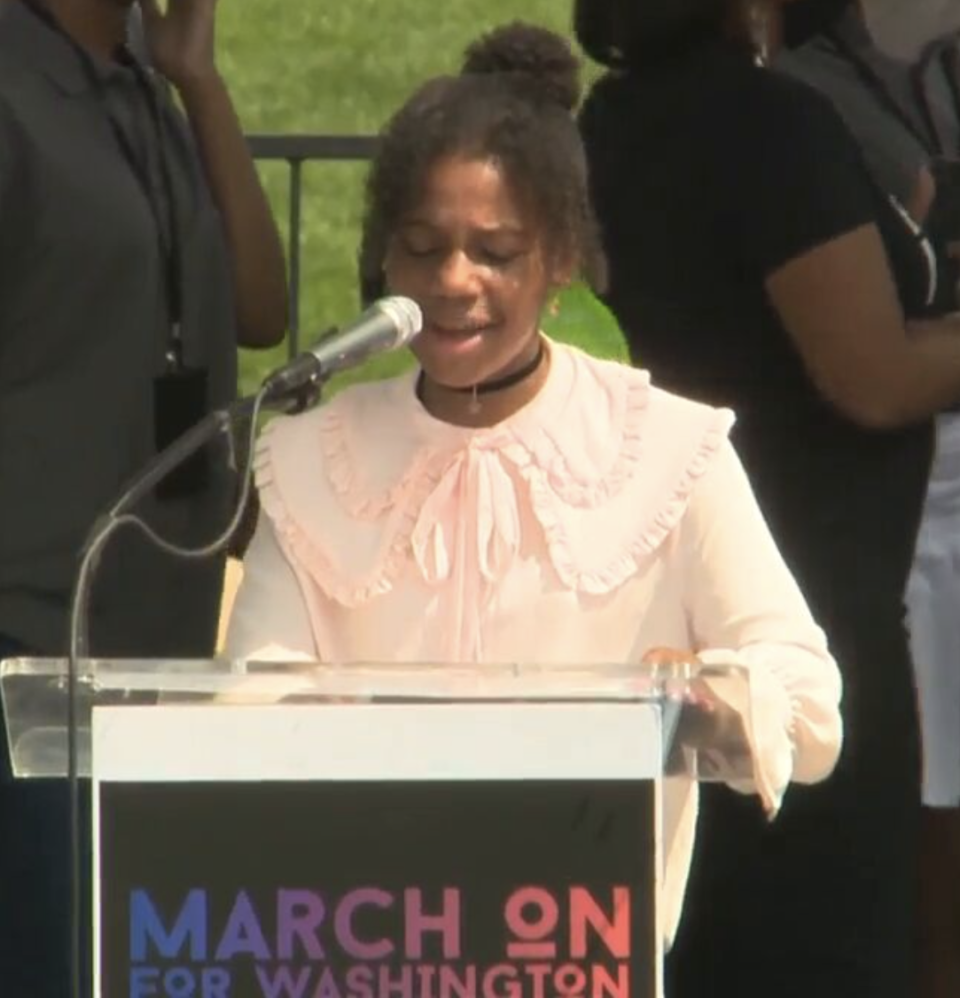 The striking similarities between the two were visibly noticeable when she graced the stage for the 2018 March For Our Lives, a student-led demonstration for gun-control held in Washington, D.C. She also brought her grandfather’s spirit in her speech about racial equality standing on the steps of the Lincoln Memorial in 2020.

Yolanda used her platform on MLK Day to bring attention to the gravity of voting rights and how the younger generation must engage in the battle.

“My family and I have been working on getting two major bills passed that can make it easier for people to vote because one of the fundamental rights is the right to vote. Everybody needs to have access to voting,” she said.

President Joe Biden stressed the importance of passing the Freedom to Vote Act and the John Lewis Voting Rights Advancement Act during his speech in Georgia on Tuesday. Each bill seeks to allow more availability and equality in the voting procedure. Advocates who support the bill insist the legislation will permit more people of color to participate in elections and apply parameters to block election day hurdles like extended waiting time in line to cast votes. Yolanda is too young to vote, but she does not let that stop her from helping others.

“Throughout my life, my parents have told me that ‘your family has done some really phenomenal work.’ And ‘you are the granddaughter of really phenomenal people who changed this country and the world,'” she said, “I didn’t really understand the significance of it until I got older.”

Dr. King’s birthday, Jan. 15, became an official federal holiday in 1986 — the third Monday in January pays tribute to Dr. King, who would turn 93-years-old this year.

“MLK Day is not a day off,” Yolanda said; however, “it should be treated as a day on. It’s a day of service.”

On Jan. 18, Yolanda will give a speech at the Washington National Cathedral reflecting on the holiday. She encourages her peers to use the power of their voice and influence to advance progress.

“You have to go out and support those movements,” she said. “Although you may not be old enough to vote, you are the future. You and your decisions determine the future of the world.”