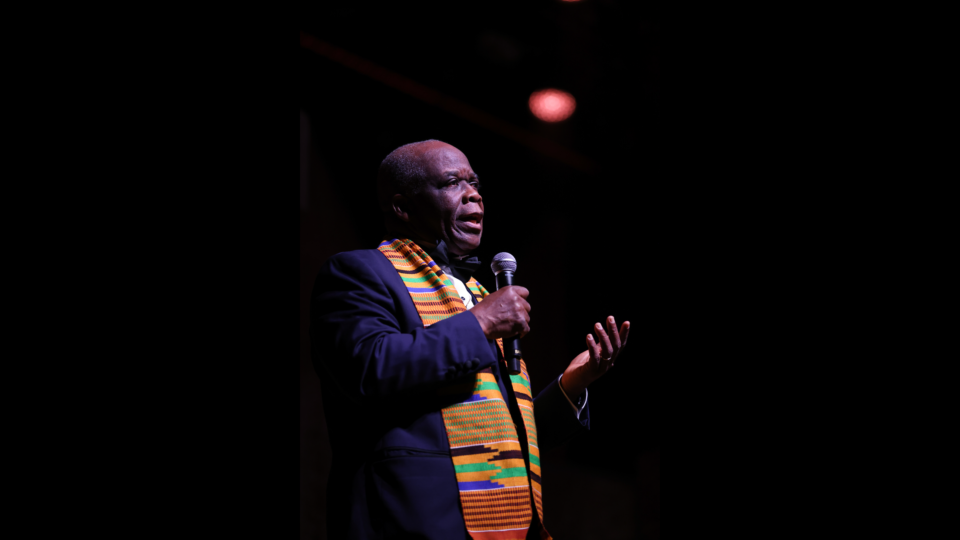 Tennessee’s Fisk University is in mourning.

The Tennessean reported that Kwami’s family made the announcement in a statement, revealing that their beloved was surrounded by loved ones when he died in a Nashville hospital.

“It is with deep and immeasurable sadness that we share the news of the passing of our beloved husband, father, brother, cousin, uncle and friend, Dr. Paul Theophilus Kwami. His passing leaves a gaping hole in our souls as well as in our community and in our world,” the family’s statement reads.

Kwami’s legacy is highly celebrated for his 28-year tenure leading Nashville’s longest-running musical institution. The original Fisk Jubilee Singers introduced Negro spirituals to the world in 1871, and subsequent members have since strived to preserve this musical tradition.

As a former Fisk Jubilee singer, Kwami embraced his deep connection between Negro spirituals and the music of his Motherland. He leaned into skills he’d learned from Ghana’s National Academy of Music and graduate music programs at Western Michigan University to take a touring, traditional ensemble to unscaled modern heights.

In 2008, President George W. Bush and first lady Laura Bush presented the Fisk Jubilee Singers with the 2008 National Medal of Arts, the nation’s highest honor for artists and patrons of the arts.

In 2021, Kwami witnessed the Fisk Jubilee Singers win their first Grammy for Best Roots Gospel Album in recognition of their “Celebrating Fisk” album. This piece of work marked the group’s 150th anniversary.

The group also joined the Grammy and Gospel Music of Fame during his tenure. They also recently performed at Carnegie Hall under Kwami’s direction in March.

Kwami’s family statement read: “We thank you for honoring Dr. Paul T. Kwami’s life. May his legacy continue to live vastly on this Earth while he takes a deserved rest in his bright mansion in his Father’s house. Out of respect for the Kwami family, for the time being we ask that you please refrain from contacting family members as we process this unimaginable loss.”

Funeral arrangements and details are on the way.